Unlike JD Harmeyer, John Cena Saved His Proposal for the Air at WrestleMania 33 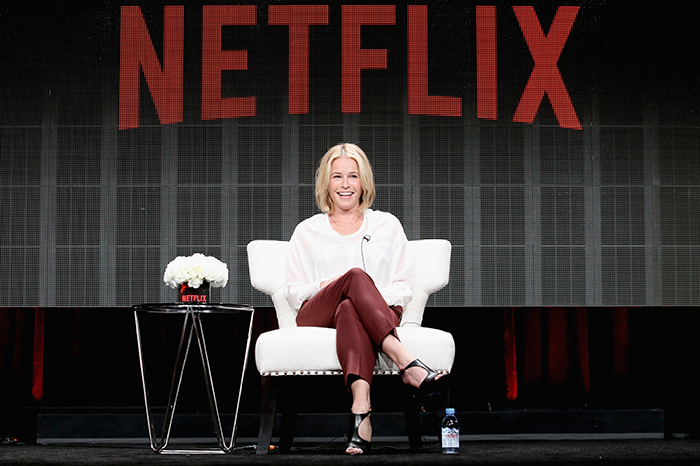 Chelsea Handler is headed into her second season on Netflix, with her talk show “Chelsea” set to return Friday, April 14. On Tuesday morning she explained why she still doesn’t regret leaving E! for the streaming giant, her true motivations for going topless, and the likelihood of President Donald Trump joining “Chelsea” as a guest. 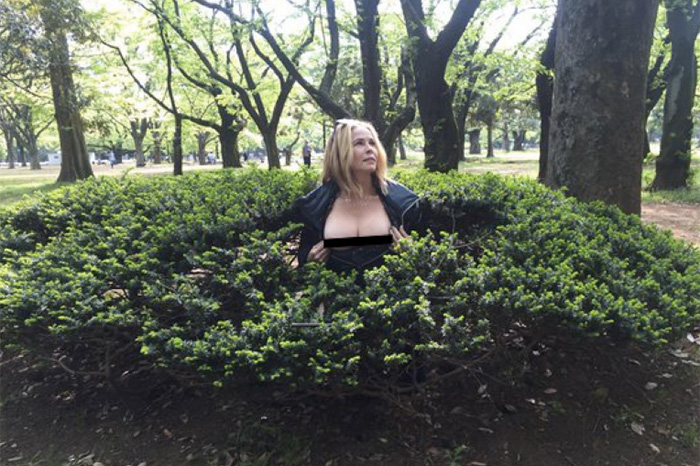 Chelsea is aware of her physical assets but revealed they come with drawbacks, too. “My teeth and my boobs are my two best qualities,” she told Howard, adding “I know that they’re good breasts, but when you have good boobs you don’t like them when you’re young. I got them when I was like 14—and it was embarrassing—or 12, actually.”

The comedian has gained attention in the past for leaving little to the imagination on social media, but she explained her motivation for getting naked has nothing to do with turning people on.

“I’m not trying to be sexual when I’m naked. I’m just trying to be silly,” Chelsea said. “Fuck off. I have tits, I can show them if I want to. Why, just cause I’m a girl I have to cover my boobs? I don’t like that, that men can go around topless at a gym like pigs, and we have to sit there and wear like three sports bras. I just don’t understand that. That’s not fair to me.”

No Regrets on Coming to Netflix 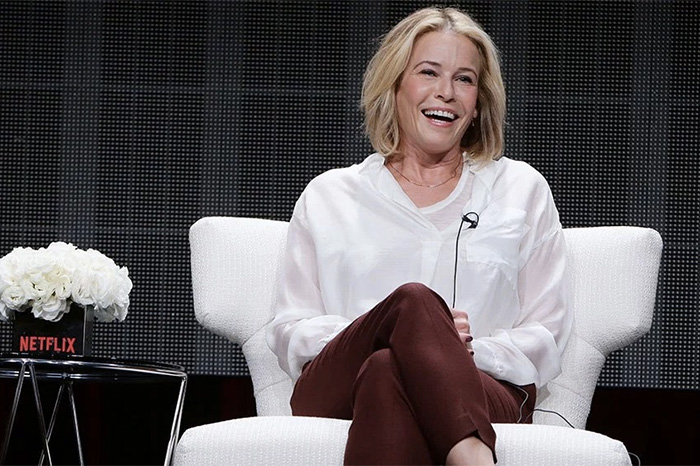 Chelsea has had plenty of time to reflect on leaving E! and “Chelsea Lately” for Netflix and “Chelsea,” but on Tuesday she revealed to Howard that she still has no regrets.

“I was so burnt out on that show and I wasn’t appreciating it anymore,” she explained. “I couldn’t keep talking about the celebrity nonsense and all that shit. I just didn’t care anymore.”

Chelsea was outspoken about her frustrations with E! as her time there was ending and Howard wondered if she regretted what she said or how she handled it.

“No, no,” Chelsea said. “Perhaps I could’ve been a little bit … a little bit less outspoken about how I felt, but I don’t really think about it that much where I feel guilty about it.

“It just wasn’t a great relationship at the end and it wasn’t just my fault—it was their fault,” she continued. “They lied to me repeatedly about things and I don’t like being lied to.”

She explained to Howard that some of her frustrations stemmed over E!’s other programming, including Kardashian-filled reality shows that she felt didn’t mix well with “Chelsea Lately.”

“It’s not the same audience,” she explained, adding that the network’s programming was “too disparate” for her tastes.

Chelsea said working on Netflix, thankfully, is a much better experience. “I like the other programming, so that’s a change of pace,” she said with a laugh. “Netflix has been good. They let me go all over the world to shoot the show—I just came from India, England, Wales, Paris. I went everywhere.”

Chelsea revealed the show has evolved tremendously since its debut, however, and credits her longtime executive producer Sue Murphy with helping her get “Chelsea” on track.

“I wasn’t gelling. I wasn’t feeling the show. I was trying to do something and holding on too tight,” Chelsea admitted to Howard. “[Sue] said, ‘Listen, the thing that everybody likes about you is that you don’t give a fuck … so just chill the fuck out and do your thing.'”

Chelsea said something “clicked” after her conversation with Sue and that’s when her Netflix talk show hit its stride.

Would She Have the Trumps on “Chelsea”? 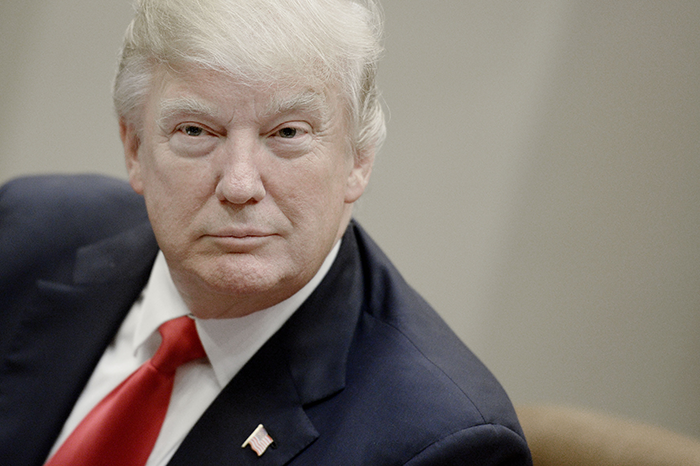 Chelsea has been an outspoken critic of Donald Trump since the beginning and she wasn’t shy about critiquing the president’s job performance on Tuesday’s show. “I think his behavior is deplorable,” she told Howard, adding that she thinks Trump “doesn’t stand for anything.”

“He’s such an imbecile that I think it’s irresponsible not to speak up right now,” Chelsea said.

Before the election Chelsea spoke of fleeing the country if Trump were to win and on Tuesday she told Howard there’s a possibility she still might. In fact, she has already bought a place in Spain.

She said she met him once—about 10 years ago—and it was a benign interaction, but said she has no interest in having him on the show. Chelsea also went on record to say that she would not be interested in having President Trump’s wife, First Lady Melania Trump, nor his daughter, Ivanka Trump, on her show.

“Chelsea” returns to Netflix for Season 2 on Friday, April 14.