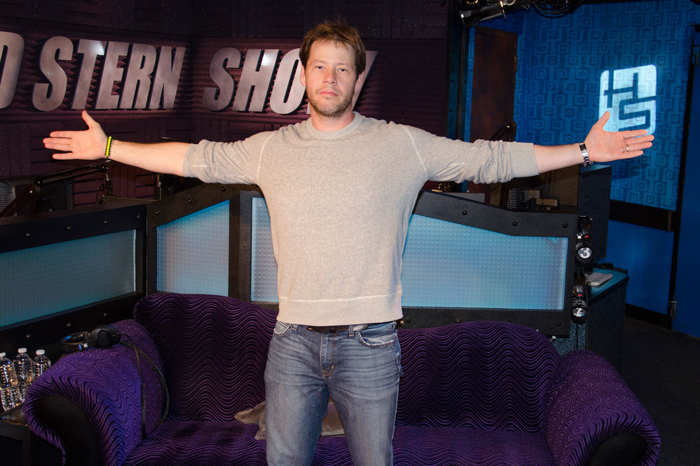 Not only is Ike Barinholtz a know-it-all Stern Show superfan, he’s one of the hardest working guys in Hollywood right now. On Monday morning, he stopped by to tell Howard about his new movie “Snatched,” co-starring Amy Schumer and Goldie Hawn, and also shared some stories from the sets of a few of his other projects, including giving Mindy Kaling a pot cookie and the graphic sex scene he had with married couple Megan Mullally and Nick Offerman.

Check out the highlights from Ike Barinholtz’s latest Stern Show visit (below). 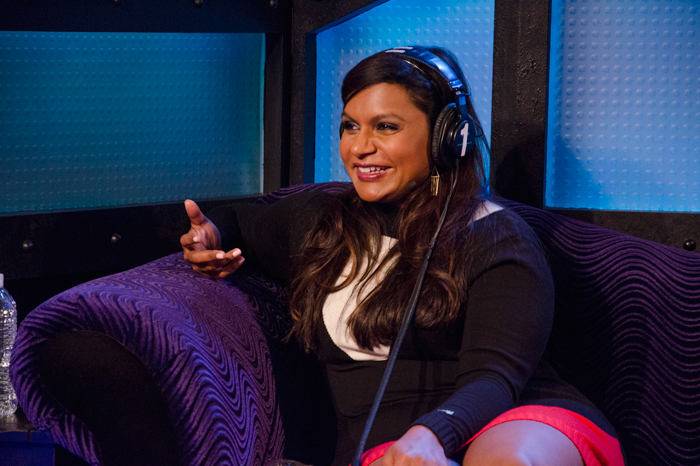 Mindy Kaling on the Stern Show in 2014 Photo: The Howard Stern Show

The sixth and final season of Ike’s sitcom “The Mindy Project” is set to premiere on Hulu in September and Ike had a new story to tell Howard about giving the show’s star, Mindy Kaling, a pot cookie. Ike may be able to handle having some weed before he shoots his scenes but, evidently, Mindy cannot.

“Mindy never smokes pot … she just doesn’t,” Ike told Howard. Kaling supposedly ingested some of the cookie Ike gave her while he was away in New York working on another project. When Ike’s writing partner Dave Stassen called him and asked if he’d given Mindy an edible, he knew something had gone awry.

“When someone asks that … that’s a bad question,” Ike said. The writing partner proceeded to tell Ike how Mindy had eaten the cookie and was currently in her trailer and refused to come out. Ike heard the crew ended up taking an early lunch that day so that Mindy could “sleep it off.”

As the finale of “The Mindy Project” nears, Ike told Howard he’ll miss all of his co-workers, whom he’s grown very close to over the years. “It’s just like a fun family and it’s kind of going away now. It’s tough,” Ike said. 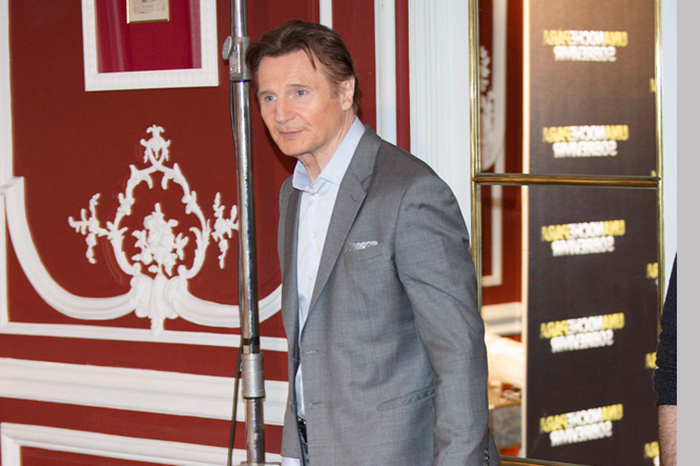 One of the many film projects in Ike’s pipeline is the upcoming movie “Felt” which stars Liam Neeson as Mark Felt, the FBI special agent that helped uncover Richard Nixon’s Watergate scandal. Ike has a part playing an FBI employee working under Neeson’s character. One scene called for Ike to get angry at Neeson, but after two takes, Liam had an acting tip for Ike.

“He takes me aside, and he goes, ‘Hey Ike … I want you to remember, in this movie, I’m your boss and you’re being fucking rude to me right now. So, on this next take, don’t be fucking rude,'” Ike recalled. “He gave me a great note.”

Liam wasn’t done giving Ike pointers, however. After a long day of shooting one scene, it was finally time to turn the cameras on Ike. Before action was called, Ike remembered Liam walking up to him and telling him, “Just remember, when you see this scene in the theater, the camera will be on me.”

“He’s like by far the best actor I’ve worked with,” Ike said of Neeson. 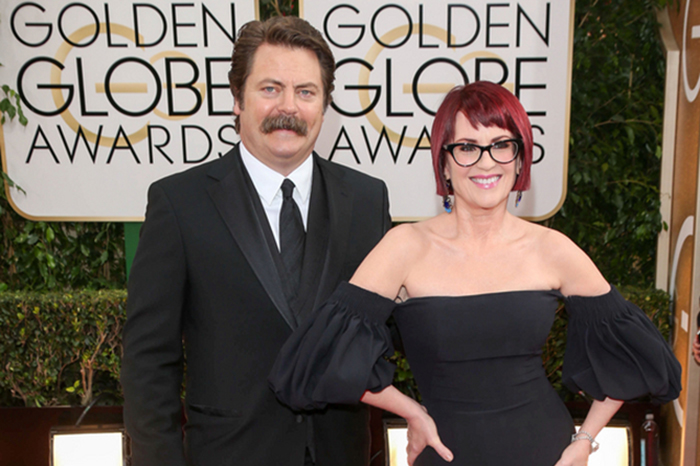 Fans of Ike have probably seen his starring roles in the comedies “Neighbors” and “Neighbors 2” alongside Seth Rogen, Zac Efron, and Rose Byrne. But what audiences didn’t get to see was an alternate ending to the first film that featured a graphic sex scene between Ike and real-life married couple Megan Mullally and Nick Offerman. Ike’s character was originally supposed to exact his revenge on Christopher Mintz-Plasse’s character by hooking up with both of his parents in a video tape.

“For like two or three hours, we shot this super hardcore sex scene with me and Megan Mullally and Nick Offerman,” Ike told Howard. “[Nick’s] got this big prosthetic dick and I’m jerking him off and, like, spitting on his dick … it was fucking crazy.”

A little too crazy, as it turned out. Ike later got a call from the film’s director, Nicholas Stoller, who said the surprise sex scene tested lower than anything he’d ever been involved in. 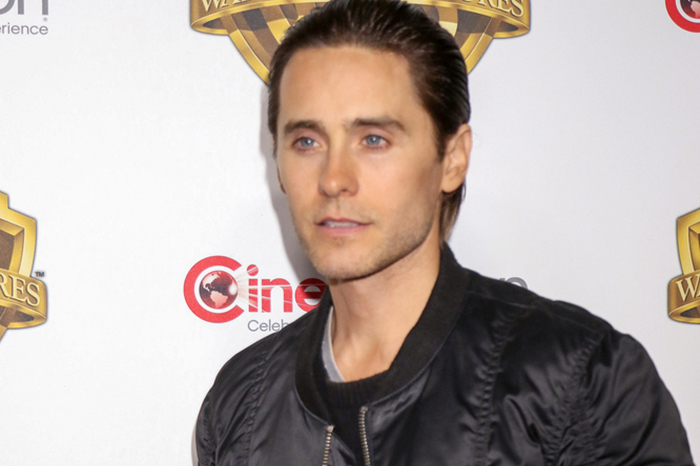 Last time Ike was on the Stern Show, he could only say so much about his role in “Suicide Squad” and what it was like working with Jared Leto as the Joker. On Monday, he spilled about a scene he shot with Leto that eventually led to an impromptu make-out session.

“He’s supposed to be intimidating me … he starts squeezing my tits,” Ike told Howard. “And then he fucking grabs me and kisses me. Like, on the mouth, full kisses me.” Ike went along with Leto’s improvising as long as he could but after the Oscar winner asked him, “Did somebody piss their pants?” that’s when Ike said he had to stop the scene. However, Ike had nothing but nice things to say about Jared and his method acting.

Ike will soon be seen teaming up with another one of his “Suicide Squad” co-stars Will Smith—the two are featured together in the upcoming film “Bright.”

Working With Dwayne “The Rock” Johnson and Kevin Hart 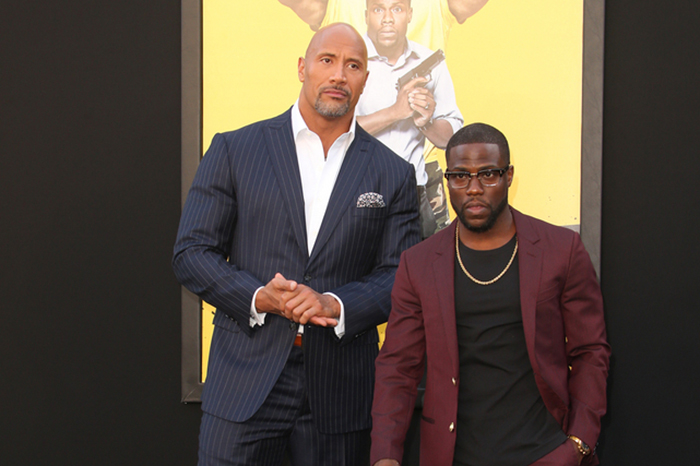 In addition to acting, Ike is still paying the bills writing some of Hollywood’s biggest blockbusters. In 2016, Ike and his writing partner Dave finally saw their script “Central Intelligence” get made into a movie starring Dwayne “the Rock” Johnson and Kevin Hart. However, those weren’t the two stars Ike originally had in mind for the film.

“We wrote it at the time for Ed Helms and I think, like, Danny McBride,” he told Howard. According to Ike, the film had several others star attached to the lead roles throughout the years, including Will Ferrell, Zach Galifianakis, and Jon Hamm.

“People would jump on and off,” Ike said. “The idea was good enough that they kept finding new teams to come aboard.” The movie ended up making over $215 million worldwide with the team of Dwayne and Kevin—an undeniable hit.