Jimmy Fallon was finally back on the Stern Show Wednesday morning for a jam-packed interview with Howard. The two caught up on everything that’s happened since Jimmy’s last visit in 2012, including him taking over as host of “The Tonight Show,” the mind-blowing guest list at the “Saturday Night Live 40th Anniversary Special,” and how his mom was a nun before she married Jimmy’s dad.

Jimmy’s Mom Used to Be a Sister

Before Jimmy’s mom married his dad, she made some very different vows and became a sister of the Catholic faith.

“My mom was a nun at one point,” Jimmy told Howard, adding that she even wore a habit. Her stint as a sister was very short-lived, though, with Jimmy estimating she only spent about a week as a nun.

Howard wondered how his father was able to seduce his mom into leaving her chosen path.

“I don’t think he was peeping in a convent,” Jimmy said with a laugh.

His parents grew up together and attended the same high school in Brooklyn. However, he said the two didn’t date until after she’d left the convent.

Jimmy revealed he too once felt a religious calling and almost considered becoming a priest when he was younger. He used to attend mass regularly, going every day at 6 a.m. before school started.

Legends of the Fall

Howard got a close look at Jimmy’s left ring finger on Wednesday morning and the aftermath of the unlucky 2015 accident that nearly cost him the digit. Jimmy walked Howard through the mishap and said alcohol played no part in how he sustained the painful injury. He said he “tripped in his kitchen” over a vintage rug with several holes in it. As he fell toward the ground, Jimmy reached out and tried grabbing the counter, but his ring caught the edge instead, severely severing his finger.

Jimmy told Howard emergency microsurgery from “a genius” doctor saved him from having his finger amputated. “He took a vein out of the top of my foot, flipped it around, and insert[ed] it back into my finger,” he explained. “It’s insane what they do.”

He told Howard and Robin he has 70-80 percent of the feeling back in the finger now but is unable to play guitar like he used to. 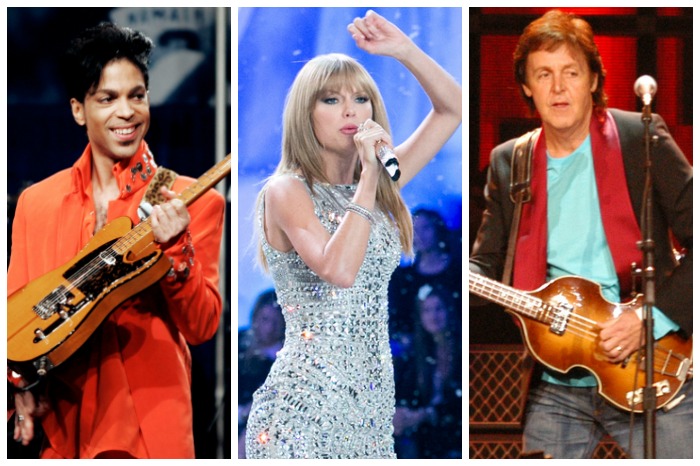 There were more stars at the “Saturday Night Live 40th Anniversary Special” than there are in the sky, including Jimmy Fallon himself. After the live broadcast ended, he told Howard the A-list crowd moved to the Plaza Hotel for one of the most epic after-parties in “SNL” history.

Jimmy revealed he was able to coax some of the biggest names in music to perform in front of the crowd. “[It was] a human jukebox. It’s insane,” Jimmy said of who he pulled up on stage.

He recalled Paul McCartney and Taylor Swift backing each other up on their own hit songs, but according to Jimmy they weren’t overly familiar with each other’s tunes. Jimmy said Swift needed his assistance while singing “Drive My Car” and Sir Paul was royally confused when asked to sing Taylor’s hit “Shake It Off.”

Dave Chappelle was also there that night and he let Jimmy know Prince was somewhere in the crowd. Jimmy got on the mic and asked the “Purple Rain” superstar to come up, if he wanted to.

“All of a sudden the crowd parts … and you see like a purple cloud,” Jimmy told Howard, likening his entrance to a high-budget magic trick. “His feet weren’t touching the ground.”

Prince took off the gloves he was wearing and handed them to Jimmy before grabbing a guitar to play. “He does an unbelievable version of ‘Let’s Go Crazy.’ He does the hit, which is what you want!” Jimmy said. “The place melted. It was unbelievable. There was no way you could top it.”

At the Ballgame With Jack Nicholson 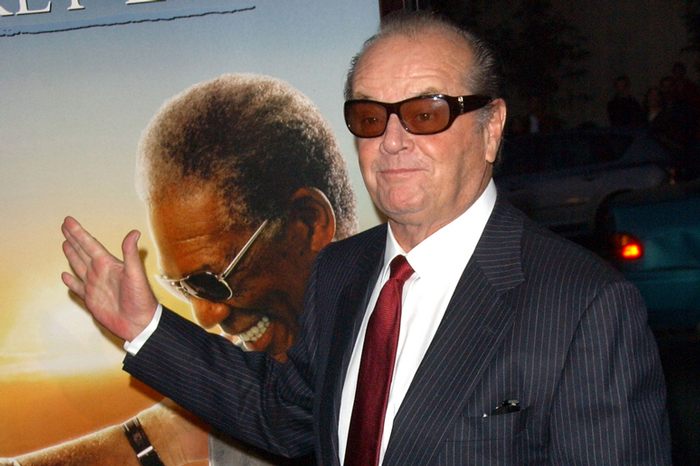 Sitting next to Jimmy during the “SNL” special was actor Jack Nicholson, who he explained he’s known for year. “He actually laughs like Jack Nicholson would laugh,” Fallon said of the living legend.

He told Howard a story about attending a World Series game with Jack and “SNL” creator Lorne Michaels. While Jimmy was eating a box of Cracker Jacks, Nicholson leaned over and asked him if he’d gotten to the prize that comes in each package. Jimmy told him he got a sticker of a snake which disappointed Jack, who told Jimmy that when he was a kid the prizes were usually metal, “like tin whistles.”

“Now you get a picture of a fucking snake,” Jimmy said in his best Nicholson impression, remembering what the actor told him. “He’s cool as hell.”

Nicole Kidman, the One That Got Away

Another celebrity story Jimmy told Howard had to do with actress Nicole Kidman and what she revealed as a guest on “The Tonight Show” in 2015. She said Jimmy could have dated her back in the day but missed out after not reading the romantic signals she was putting out.

The two had met for a meeting years earlier after Jimmy’s friend called to tell him Nicole was interested in possibly casting him in her movie “Bewitched” for the role of Darrin Stephens—a part that eventually went to Will Ferrell. Jimmy was told Nicole would be coming over to his apartment to chat about the film and that he should go buy cheese and crackers to serve during their visit.

“So I grab brie, which I don’t know what it is. And … I bought saltines. It’s so embarrassing,” Jimmy told Howard. “The whole thing is a nightmare.”

When Nicole arrived, Jimmy was blown away by her beauty.

“She walks in … she’s gorgeous. Gorgeous. By far, the most beautiful person who ever walked into my apartment,” Jimmy said. “I wouldn’t even consider that I would have a chance, in my life, with Nicole Kidman.”

Rather than make a move on her, Jimmy taught the Oscar winner how to play the Nintendo video game Mario Kart. Fastforward to her appearance on his show, where Nicole explained why she thought Jimmy didn’t ask her out.

“I go, ‘So, what did you think?’ She goes, ‘Well, I thought maybe you were gay,'” Jimmy said, reliving the awkward exchange for Howard.

“I didn’t get the part,” Fallon said with a smirk.

Miley Cyrus’ Party in the Subway

Jimmy gave Stern Show listeners a sneak peek of Wednesday’s “Tonight Show” with guest co-host Miley Cyrus. He said he and Miley wore disguises Tuesday night and filmed a segment where they headed down to a New York City subway stop where they performed some music for unsuspecting passengers.

“Then we took the wigs off. Of course, no one reacted when I revealed myself. They go, ‘That’s Jimmy Kimmel!'” Fallon told Howard.

But when Miley took off her costume, the crowd instantly recognized her and went wild. Cyrus then did an impromptu performance of her hit song “Party in the U.S.A.” as fans recorded her and Jimmy on their phones.

“Everyone went nuts and then we left. We were there for 10 minutes,” Jimmy said.

One of the most talked about “Tonight Show” moments since Jimmy took over as host happened in September 2016 when then presidential candidate Donald Trump came on and allowed Fallon to mess up his hair on the air.

“He has the most famous hair in the world,” Jimmy said. Permission to tousle Trump’s well-known locks didn’t come until right before he came out on the “Tonight Show” stage and Jimmy assumed the bit would be a hit.

“I thought people might be like, ‘You did it. You did what no one did,'” he told Howard. Not everyone liked seeing Jimmy goofing around with the Republican nominee, though. “People were so upset and … I just read the room wrong,” he continued.

Some went so far as saying Jimmy was the reason Trump won the presidency, a theory Fallon has a hard time believing. He did say he regrets not talking about it on the next night’s show.

“I thought it was gonna blow over,” Jimmy admitted. “I’m a people pleaser … I do a show for a lot of people.”

He also explained that he’s not a political comedian and wants no place in political discourse, but as a talk show host he welcomes politicians to come on. That includes several appearances by President Barack Obama as well as Trump’s 2016 opponent, Hillary Clinton. One major difference between her “Tonight Show” appearance and Trump’s, though: she wasn’t interested in doing an on-air bit, according to Jimmy.

Hosting “The Tonight Show” can probably feel like a roller coaster ride for Jimmy Fallon, and now there literally is one for the long-running late-night series. Thrill seekers can now ride “Race Through New York” at Universal Studios Florida, the virtual reality roller coaster that Jimmy not only stars in but also helped create, writing the ride’s storyline and fan experience.

Check out “Race Through New York” for yourself and watch Jimmy Fallon on “The Tonight Show” weeknights on NBC.