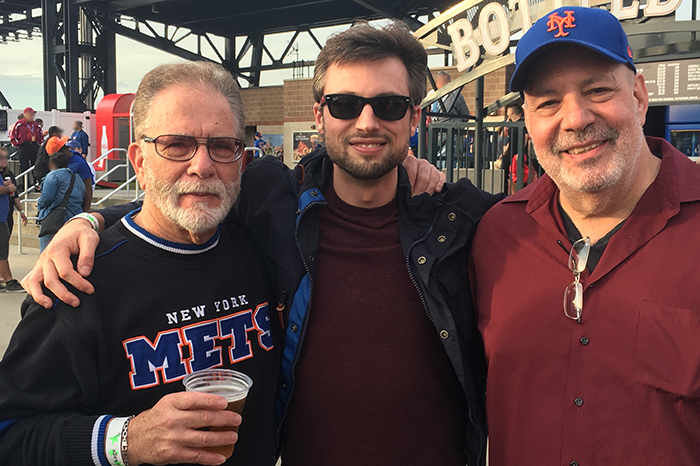 Scott “the Engineer” Salem may have been the last Stern Show staffer to pay Jason Kaplan back for his ticket to the New York Mets game during a recent staff outing, but if the pictures are any indication, he did seem to have a good time alongside coworkers like Ronnie “the Limo Driver” Mund—who made it onto the Jumbotron—and even Memet Walker.

“I have to say, Scott, I’ve never seen him that happy before,” Jason admitted. “After all that bullshit in the morning, we got to the stadium, he was smiling the entire time, drinking, walking around,” he said.

“I had a great time,” Scott confirmed.

Scott’s attempts to clear up the black cloud in his lungs didn’t go unnoticed either as multiple staffers reported his nonstop use of a vape pen. The longtime smoker announced that he is attempting to “wean” himself completely from the habit, but at this point can only make it three or four hours before needing a fix.

Stern Show Executive Producer Gary Dell’Abate was also in attendance at the game, but didn’t sit with the rest of the staff after “double-booking” himself. He committed to sitting with a different group of friends.

“King Booey,” as Howard jokingly referred to him, couldn’t be missed, though, no matter where you sat in the stadium. At one point during the game he jumped in with a group of U.S. service members who were being honored on the Jumbotron, much to the surprise of pretty much everyone. Someone even captured video of the awkward moment (below).

Jason and Scott laid into Gary’s perceived faux pas, but Howard simply wanted to know what he was thinking.

“What would you like me to say?” Gary offered. “I apologize to the troops.”

Check out all of the photos from the game (below). 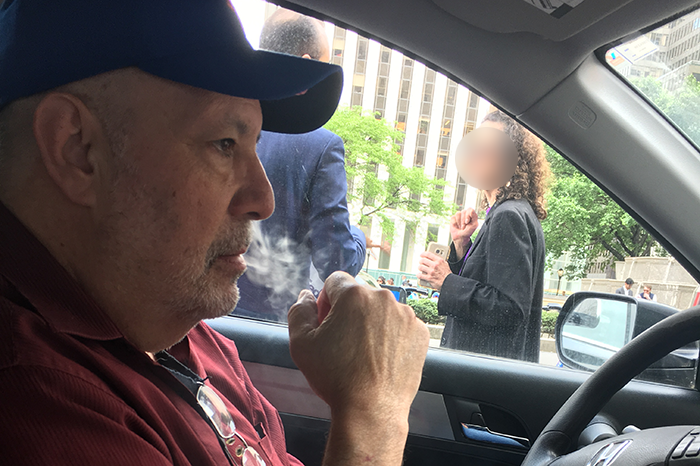 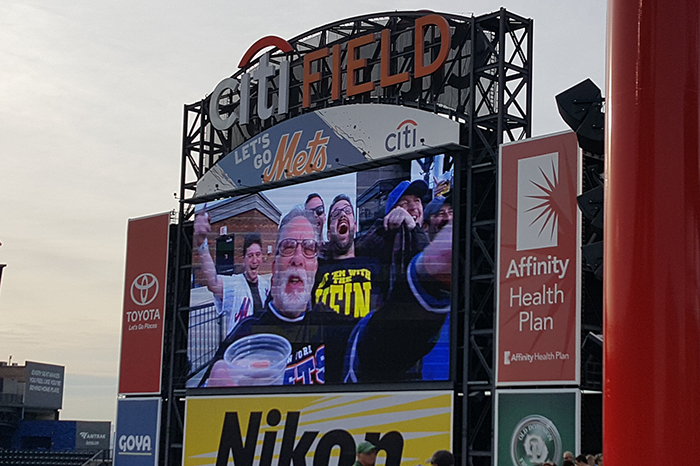 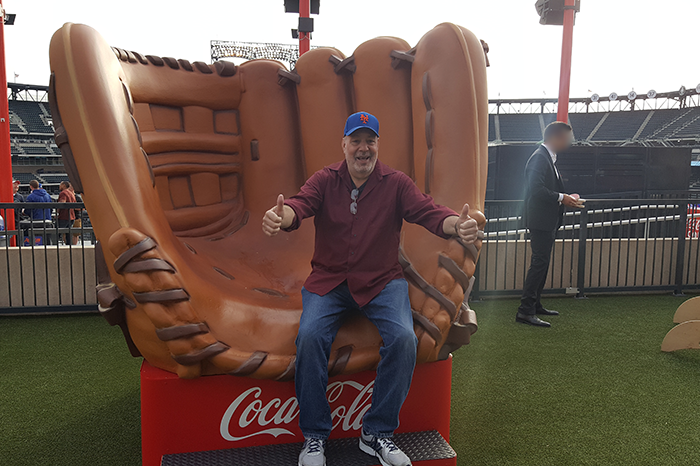 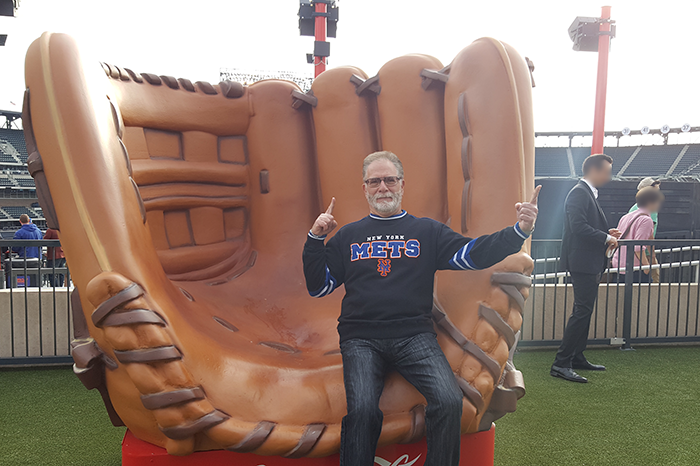 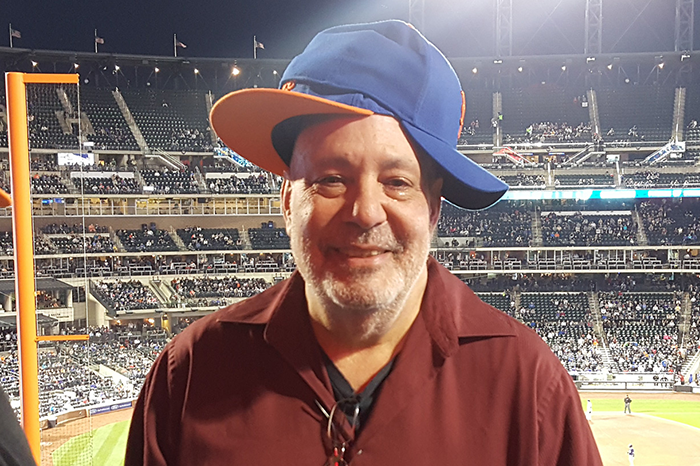 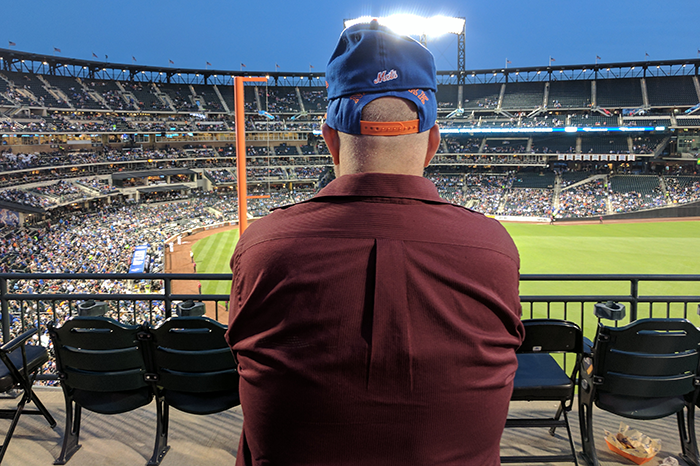 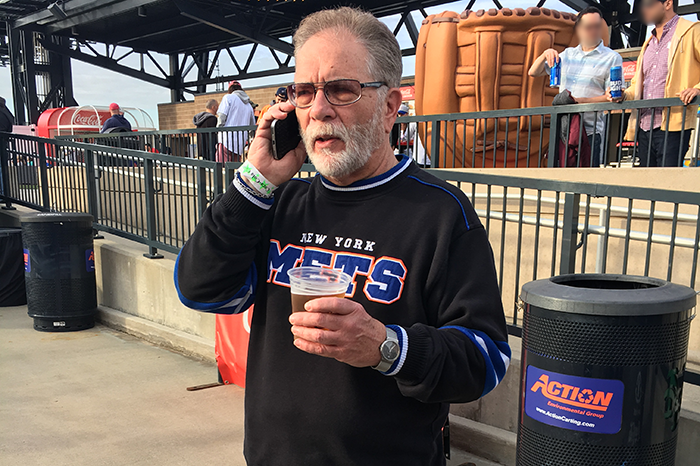 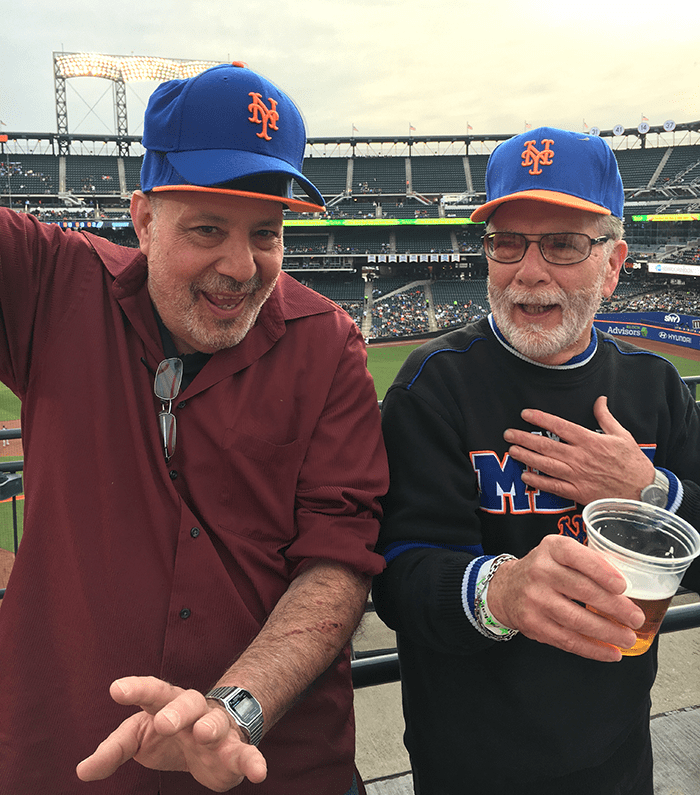 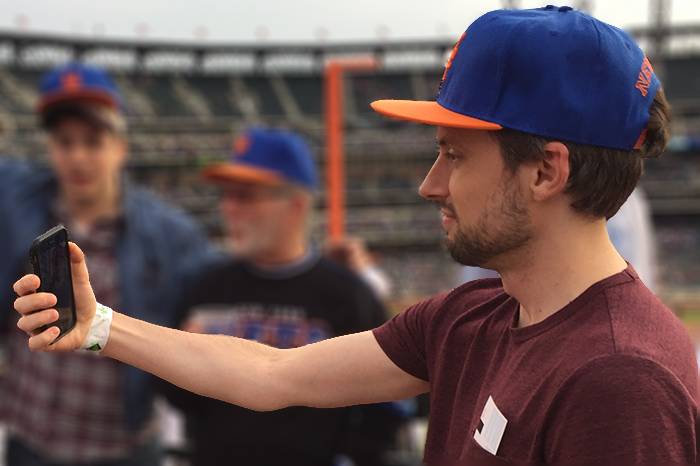 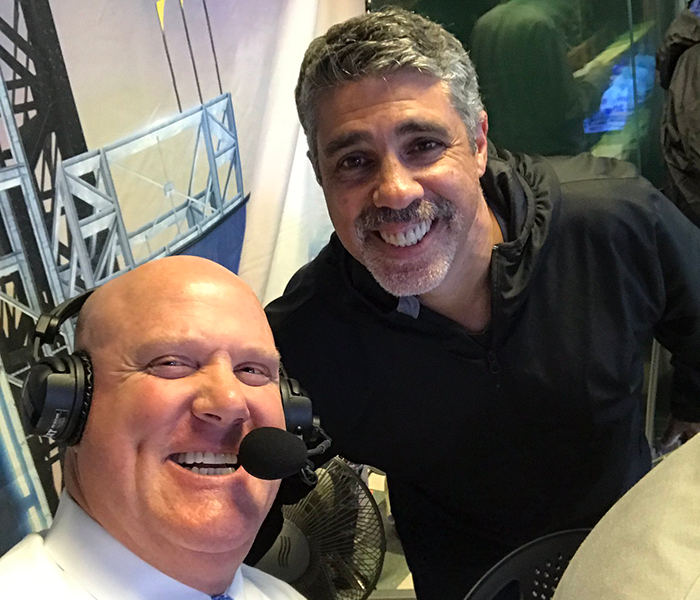 San Diego Padres Color Commentator Mark Grant with Gary Dell’Abate who was not seated with the rest of the staff Photo: Twitter