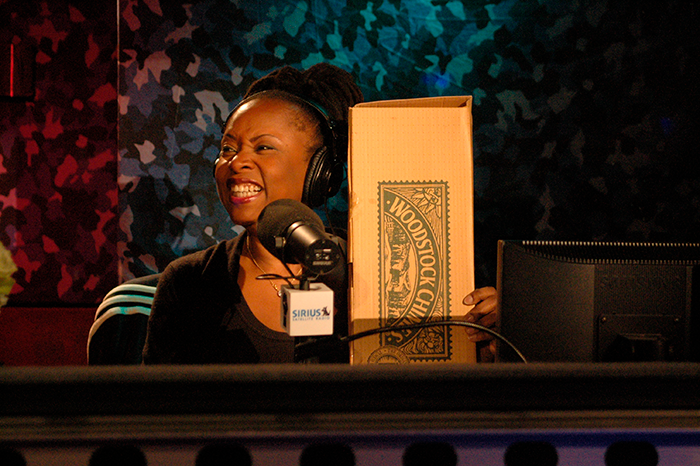 While reading the news on Tuesday, Robin Quivers stopped to reveal that she had visited the perimeter of her neighbor’s property in order to make a recording that could prove to Howard that her six separate sets of wind chimes could not possibly be a disturbance to anyone.

“This drove me crazy last night to the point where I couldn’t sleep,” Howard told his co-host Wednesday morning. “I just can’t even believe you’re walking around with a recorder and recording wind chimes,” he said.

Robin thought it was perfectly logical, though. “It bothered me to think that you would think that I would be so oblivious to others that I would have these wind chimes ringing in their space,” she explained, insisting that the recording offers a non-subjective measurement.

Howard joked that Gary Dell’Abate would have to get her a straitjacket as she’d finally gone off the deep end.