Wolfie goes Embedded with Bigfoot, plus Jamie Foxx joins Howard in the studio 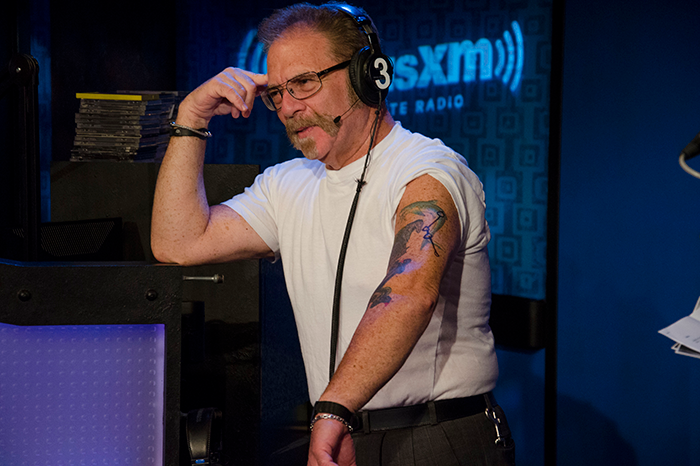 On the heels of Robin’s news story on Monday noting the benefits of sleeping naked, Ronnie “the Limo Driver” Mund decided to disclose that he does indeed slumber entirely in the nude.

“Yeah, it’s cool,” he told a nauseated Howard, explaining that “in the middle of the night you never know what’s going to happen.” Furthermore, Ronnie revealed that “it” even happened last night.

Ronnie’s fiancée Stephanie was watching television in bed while he slept and when she turned it off and went to cuddle up to him, she found what he described as a powerful “piss hard-on.”

Robin, Howard, and Fred were floored by the description, but Ronnie would not be stopped. “Piss hard-ons are the best, man. They’re like fucking logs,” he continued.

If that story didn’t convince you of Ronnie’s charm, he also discussed his back hair grooming habits.

“It’s a lot more comfortable without that hair,” the 67-year-old, who enlists the aid of a Mangroomer and a floor full of newspapers, admitted.

Howard wondered if Stephanie was forced to feel beard-like stubble on his back as a result of the shaving efforts, but Ronnie wasn’t concerned. “That’s her fucking problem, not mine,” he said.