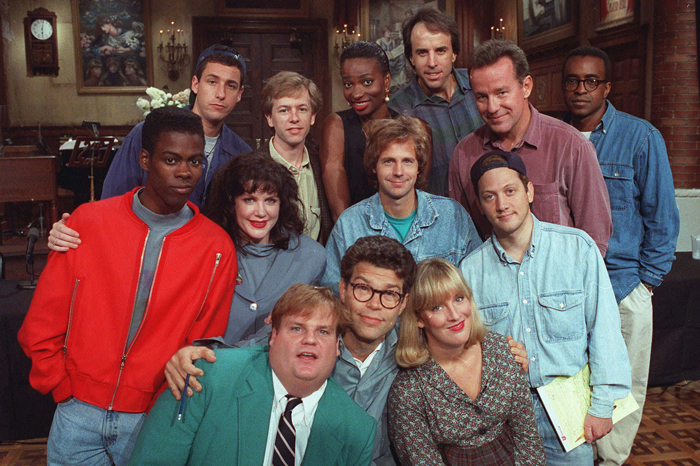 The cast of Photo: Shutterstock

Some of the best lessons Rob Schneider learned about making it as a stand-up comedian came from a few of the biggest names in the business. On Wednesday, he recalled for Howard coming up as a 17-year-old comic and rubbing elbows with greats like Jerry Seinfeld, Dana Carvey, and Robin Williams.

As a Northern California native, Rob was well aware of Williams from an early age. “There was a scene because of him. Basically, clubs opened because he was there,” Rob said of Robin’s fame in the San Francisco area. Eventually, Rob got to know Williams after getting a bartending job at one of the local comedy clubs. He can still recall the response Robin would get from the crowds who would come to see him.

“He just had another level of energy,” Rob said. “The audience was so psyched to see him that he would really have to work to under-deliver.”

According to Schneider, Robin was always known to help out a fellow comedian in need, taking money out of his own pocket to give to someone down on their luck. But before Williams died, Schneider told Howard he received something far more valuable than money from the comedy legend. After Robin came to see one of Rob’s stand-up shows, he stopped backstage after the performance and suggested a better ending to one of Rob’s jokes. Rob told Howard he’s been using Robin’s punchline for that bit ever since, including in his Netflix stand-up special.

“I was in his orbit and I was happy to be around him,” he said of Williams.

After Robin broke big in the Bay Area, other comedians began making a name for themselves, including Dana Carvey. “He was the second wave,” Rob said, adding he perhaps learned more from Carvey than he did from Robin Williams.

“He wouldn’t just do old impressions, he would weave them into everyday life,” Rob said of Dana. “He was electric.”

Rob also reminisced about Jerry Seinfeld who once told him (and other up-and-coming comedians at the time) that if you removed the dirty words from a joke and it’s no longer funny then it was never funny to begin with.

Jay Leno, on the other hand, once taught Rob the key to succeeding in stand-up had to do with the length of his material. His advice came while the two ate at a Chinese restaurant together and Jay asked how many minutes Rob had in his act at the time.

“I said, ‘I got about eight minutes,” Rob recalled for Howard. Jay told him that was perfect because he’d need a tight act in order to kill with audiences – there’s no point in crafting a two-hour special when you’re just starting out.

“All those guys were super generous to us,” Rob remembered.

Their words of wisdom eventually paid off for Rob and in the late ‘80s he got a chance to audition in front of “Saturday Night Live” creator Lorne Michaels for a chance at joining the famed late-night series. Lorne came to see Rob performing at the Improv in L.A. and liked what he saw. Rob’s manager called the next day to say Michaels wanted to meet with him, but Rob refused since he was booked to perform in San Diego later that night.

“I said, ‘If he wants to meet me he can fly me to New York,’” Rob told Howard. “I’m driving down to San Diego and I break out in a cold sweat. Did I just fuck up my career?! … But the only guy he flew to New York was me so maybe I played it right.”

Rob was hired first as a writer and then as a full “SNL” cast member, becoming a household name for his various characters including the uber-famous Richmeister, an obnoxious office worker who made comments to co-workers while making photocopies. 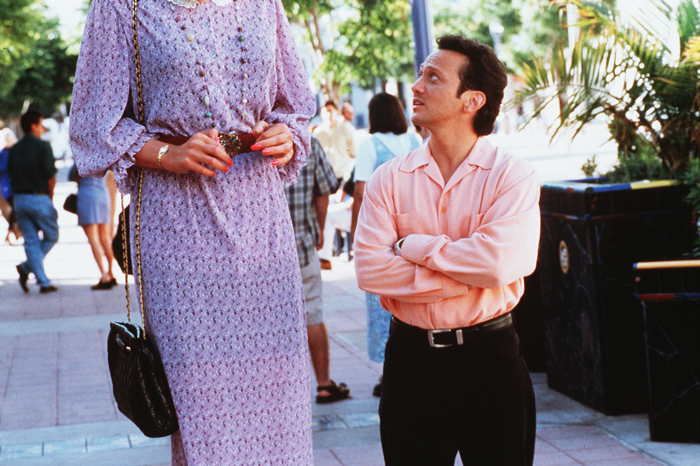 By the late ‘90s, Rob was headlining Hollywood movies, including “Deuce Bigalow: Male Gigolo.” While Howard and Robin were both big fans of that film, critic Roger Ebert famously was not, even basing the title of one of his books on the negative review he gave Rob’s flick. But according to Rob, he and Roger wound up having a friendly relationship with one another, all the way up to Ebert’s passing in 2013. Before he died, Rob told Howard he sent Roger flowers along with a note.

“I wanted him to know while he was alive that I loved him,” Rob said. The heartfelt gesture included just a bit of comedy, too – Rob signed the card: “Your least favorite movie star.”