“There was such shock afterwards,” the King of All Media remembers 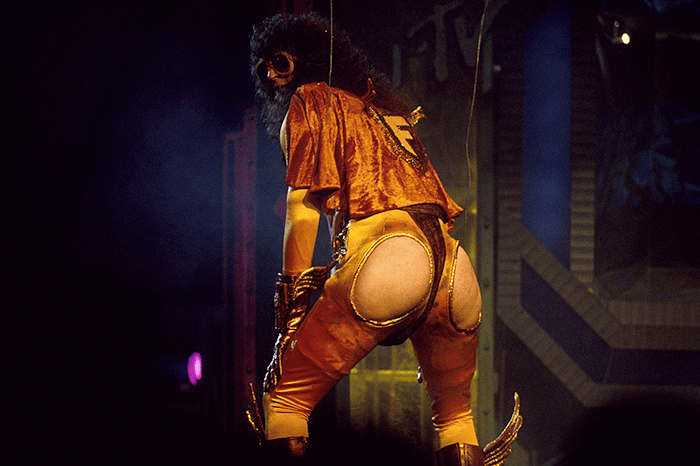 Rated the third most outrageous moment in the history of the MTV VMAs by Rolling Stone, Howard’s appearance as Fartman at the 1992 awards ceremony turned 25 this month.

“I was on the ‘Tonight Show’ in 1992 with Jay Leno and I told Jay I was making a movie about Fartman,” Howard recalled on Tuesday. “I was joking but the audience went ape-shit for it.”

As a surprise for fans, Howard decided to don the costume while presenting MTV’s award for Best Metal/Hard Rock Video, which went to Metallica for “Enter Sandman” that year.

“Superman is nothing,” he declared descending from the ceiling as his caped superhero before deploying a fart that blew up the podium.

“There was such shock afterwards,” Howard remembered. “The reaction was the best part of it,” he added.

Denis Leary, for one, was interviewed by MTV News later that night and raved about the spectacle.

“Beverly Hills, 90210” star Luke Perry, meanwhile, joined Howard onstage that night and even agreed to grab his butt, but did not opt to reprise his role in history for the “Private Parts” movie. Instead, John Stamos stepped in to reenact the scene.

In honor of the 25th anniversary, Howard brought Fartman back for a new generation of fans with a clip of “Fartman: The Brown Knight Rises” featuring Ike Barinholtz and Rob Schneider. Listen now (below).