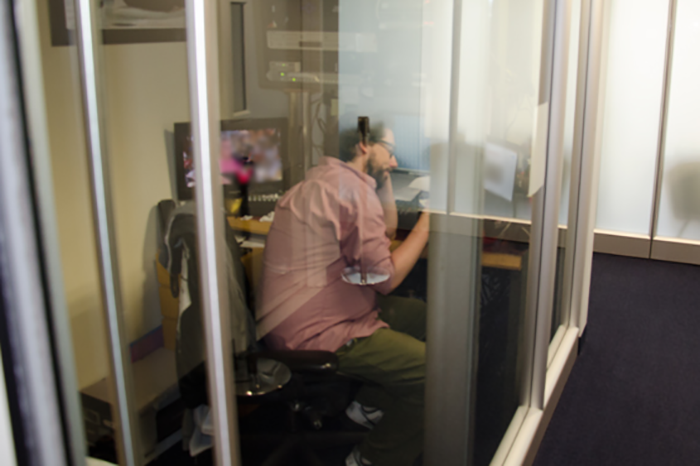 JD Harmeyer came down with a bit of a cold Wednesday morning and locked himself inside of his glass office as a result to avoid contaminating the rest of the staff.

JD blamed the illness on the fact both his fiancée and his coworker Memet have been sick lately, but Howard pointed toward his physical fitness and diet, instead.

“I do a lot of things wrong,” JD replied with a laugh. He did add his fiancée has been making him lunches lately, though, so he’s been eating a bit healthier.

As for his sleeping habits, JD explained he gets about seven hours of sleep a night, but frequently wakes up paranoid that he’ll oversleep for the show.

Howard admitted he was simply giving JD a hard time just as his mother used to chide him for getting sick. “It was like … I had sinned against her when I got sick,” he described.

“Well, you took something she owned and cherished and you broke it,” Robin joked.

So, take care of yourself, JD!