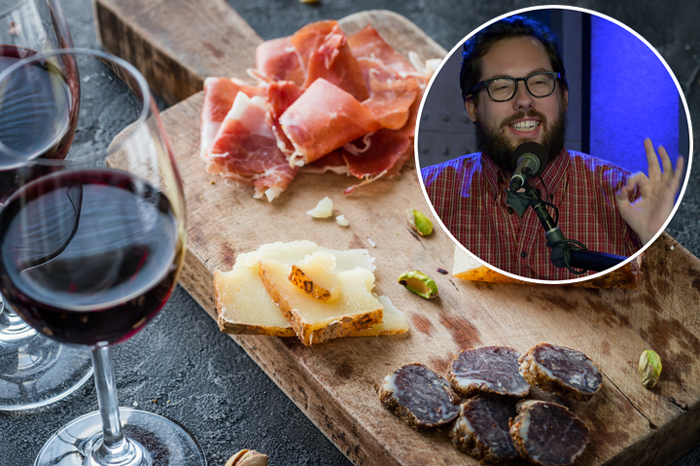 Though he’s long been known to frequent fast food chains, it sounds like JD Harmeyer’s dining habits have become far more refined lately. The Stern Show staffer confessed on Wednesday’s Stern Show that, thanks to his fiancée, he’s become somewhat of a foodie.

He and his bride-to-be have even hit up some wine and cheese bars to sample their upscale offerings. Ronnie Mund was invited one night and witnessed firsthand JD’s new sophisticated tastes.

“You gotta see him with the wine,” Ronnie said with a laugh. “He sits there and he smells it, he spins it around in the glass.”

Ronnie shouldn’t tease JD too much, though, since it sounds like he enjoyed a rather elaborate cocktail that evening involving top-shelf gin with muddled cucumber.

Howard and Robin pressed JD to share more about his recent wine awakening. He revealed he prefers reds over whites and talked up a nice bottle of Chianti he had the other night.

But has his fiancée turned him on to any of her other hobbies, perhaps her penchant for working out at the gym?

“That interest hasn’t gotten to me yet,” JD admitted.