Howard recaps the Oscars and talks filming with Letterman 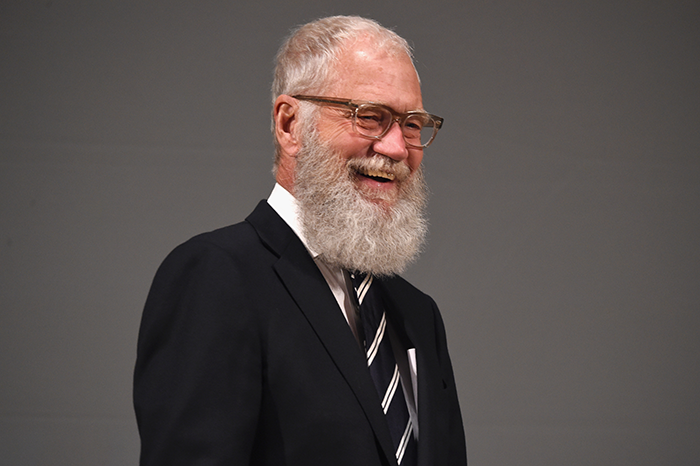 Like many around the world, Howard spent his Sunday evening watching the 90th Academy Awards and had a full report prepped for listeners on Monday morning.

The biggest news of the evening, of course, was host and celebrity superfan Jimmy Kimmel closing out the award show with a “Hit ’em with the Hein” shout-out in a nod to the Stern Show. Watch it here.

Additionally, frequent caller King of All Blacks and Howard’s stylist Ralph Cirella were brought together to critique the red carpet fashion, but had more to say about each other instead of the actual event. The two spent their time on air trading barbs and couldn’t seem to agree on much about Hollywood’s biggest night.

By all accounts from the audience, the forthcoming interview will go down as one of the best with the King of All Media. Even Howard’s longtime friends Gary Dell’Abate and Ralph revealed they both learned a few things about him which they didn’t know before.

Mariann from Brooklyn was also in attendance and wanted positive reinforcement for remaining calm throughout the show despite her obvious excitement.