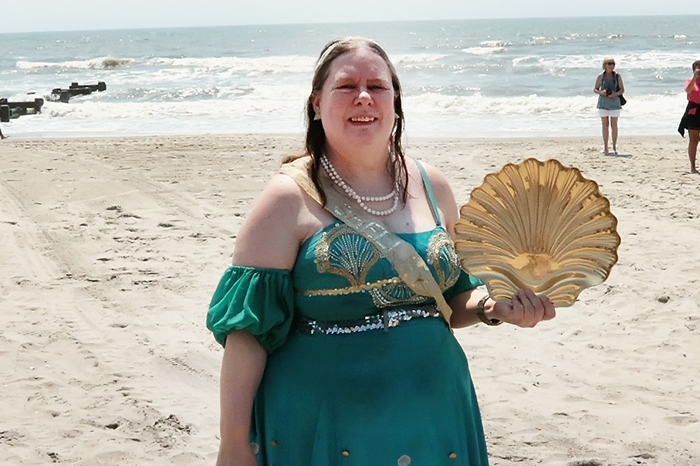 Rarely a month goes by that Wack Packer Suzanne “Underdog” Muldowney doesn’t make a trip to Arby’s on a Sunday to stock up on roast beef sandwiches. When the fast food chain found out about her fondness for their sandwiches, they wanted to send her something to show how much they appreciate her business: $150 worth of gift cards!

“They were so sweet,” Howard said of Arby’s on Tuesday’s Stern Show. However, when staffer Shuli Egar called Underdog to tell her about all the free roast beef she was about to receive, she was less than thrilled to be getting the gift cards.

“I guess she gets a lot of gifts,” Robin Quivers supposed. Hear Underdog’s reaction to the gift cards (above).

Arby’s wasn’t done with their generosity, though. They also sent Suzanne some “meat sweats” — a sweatshirt/sweatpant combo with a blown-up photo of their signature roast beef printed on the outside. Shuli also told Underdog about the clothing items they were giving her, but she made it clear she would not be wearing them.

“I’m not interested in them,” Suzanne stated. “I don’t wear sweatshirts. I never wear pants.”

According to Underdog, the last time she wore pants she was in her 30s. “They’re too tight around the buttocks. They show every detail, including the cleft between them,” she explained. Hear her refusal in the audio (below).

Luckily JD Harmeyer modeled the sweatsuit ensemble in the Stern Show studio. Check out the photos (below). 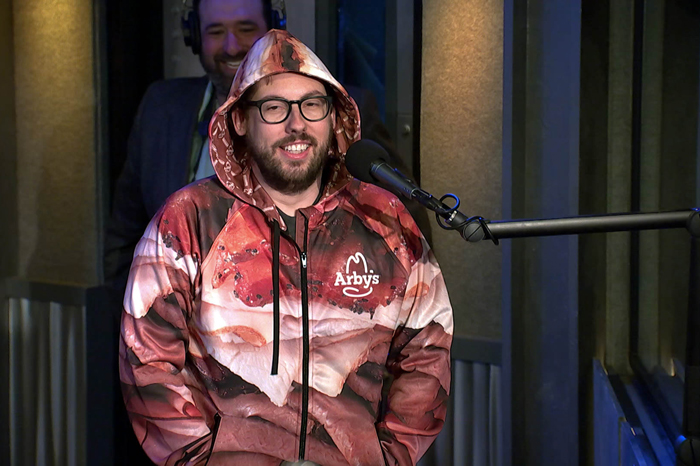 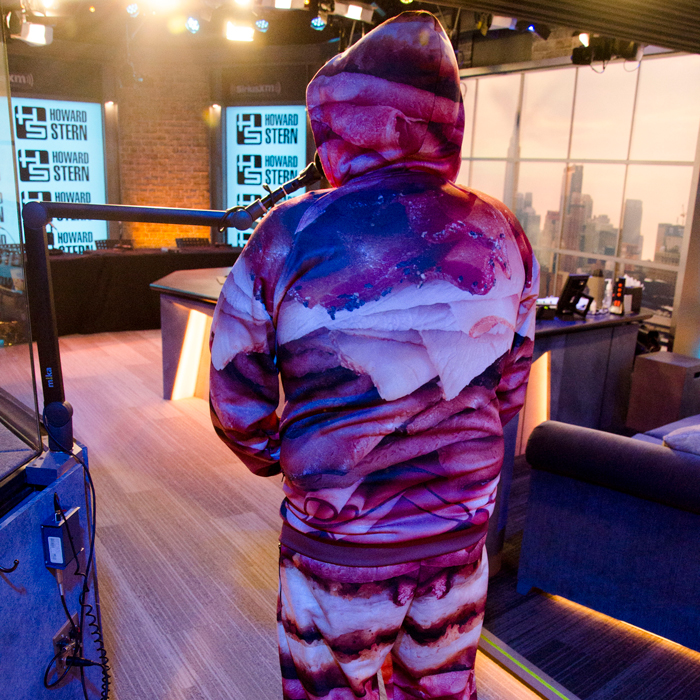 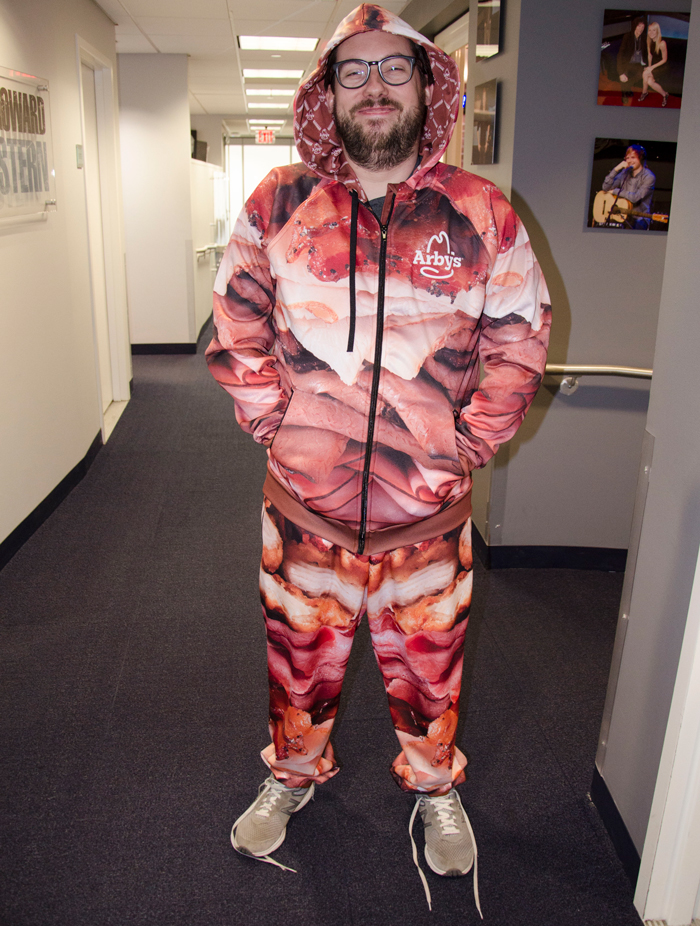