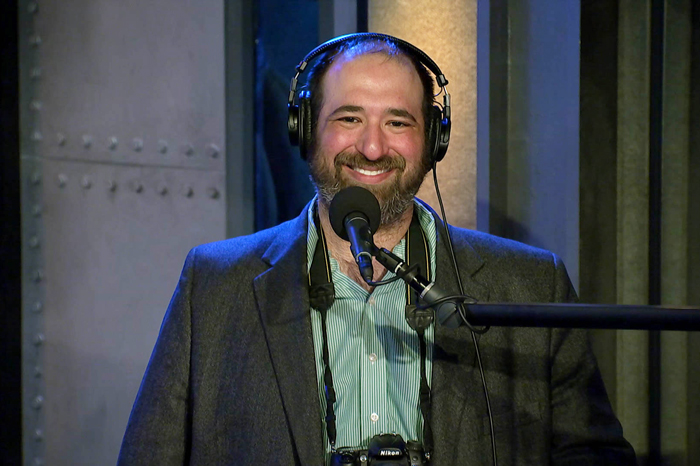 Like just about every other superhero flick fan, Jason Kaplan recently saw “Avengers: Infinity War” and loved it, calling it “the best Avengers movie” yet. But the Stern Show staffer told Howard aside from enjoying the film, he also enjoyed the food being served at the theater.

Jason went to a screening at a national cinema chain that boasts oversized seats and a full menu to chow down on with servers running food out to you while you watch the movie.

“They had these loaded French fries,” Jason said on Tuesday’s Stern Show, telling Howard his snack came with bacon, cheese, and “some sort of meat” on piled on top of it. “It was pitch black when I was eating it so I’m not 100-percent sure everything that was in it.”

He then ordered a large pretzel that came with cheese and mustard dipping sauces on the side. “You’re like a king when you’re there,” Jason exclaimed.

Back at home that night, Jason cooked up something special from his butcher: lobster and pork sausages with heavy cream, chives, and tarragon. Like his co-worker JD Harmeyer, Jason has been venturing into eating wild game as of late. He told Howard he’s also eaten rattlesnake and boar sausages recently, all of which he raved about. But what he really hopes to try soon are alligator ribs which are served at a restaurant in Florida.