“I can remember how excited I was that Joan Rivers was doing this show,” Howard says of his first interview with the comedy icon 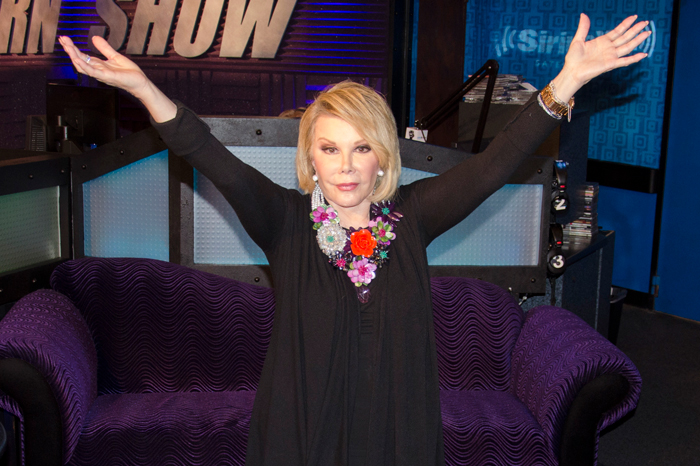 Few guests have left their mark on the Stern Show quite like the one Joan Rivers made, starting with her first interview with Howard 35 years ago. On Monday morning, the King of All Media paid tribute to the late, great comedy legend and the anniversary of their first sit-down together which took place at WNBC back in 1983.

“I don’t have much of a memory but I can remember how excited I was that Joan Rivers was doing this show,” Howard told Robin.

Howard’s first meeting with Joan Rivers wouldn’t be his last — she returned regularly to the studio as the Stern Show moved from K-Rock and then to SiriusXM. And in each appearance, Joan was never shy about sharing some of her Hollywood stories. During one visit with Howard, she revealed Frank Sinatra once made a pass at her while the two were attending a charity benefit. Howard thought that must have been a thrill for Joan, especially considering the rumors that Ol’ Blue Eyes was well-endowed.

“Now you tell me. I thought that was his assistant,” Joan joked.

Her wit also won Joan the attention of “Tonight Show” host Johnny Carson who not only welcomed her on his show as a guest, he later made her a regular guest host on the long-running NBC series. Howard played a clip from one of Joan’s “Tonight Show” appearances in which Carson remarked that men are more interested in a girl’s intelligence than her looks.

“No man has ever put his hand up a woman’s dress looking for a library card,” Joan fired back, triggering a rousing round of applause from the studio audience. 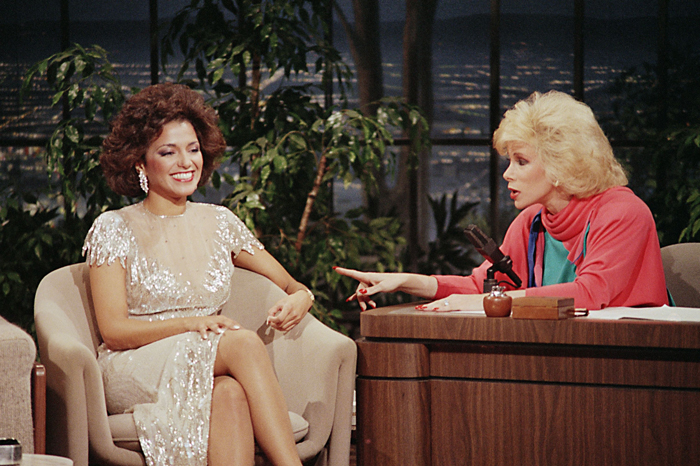 In 2014 at age 81, Joan died following complications from a minor throat surgery. As a testament to their personal and professional relationship with one another, Howard was asked to speak at Joan’s funeral.

“My opening line was about Joan’s dry vagina. I thought the rabbi was gonna plotz,” Howard reminded his audience on Monday. “I was inspired by one of the last jokes she told during her final appearance on my show.”

That joke was about Joan getting into her bathtub and having all of the water instantly disappear due the dryness of her own vagina. She told it live on the Stern Show on July 28, 2014 – just weeks before she passed away.

To mark the anniversary, Howard contacted “Joan Rivers” in heaven and had her try out some new material. She skewered several staffers on the Stern Show, including Ronnie Mund, JD Harmeyer, and her good friend Robin Quivers. But she saved her harshest lines for Howard, ending her roast from the great beyond by poking fun at Howard’s unrivaled run in radio.

“Your career is so long Ronnie shoved it up his ass,” she joked.

“This is why I honor you,” Howard said with a laugh.

Hear more of “Joan Rivers” roasting Howard from heaven in the audio (below).