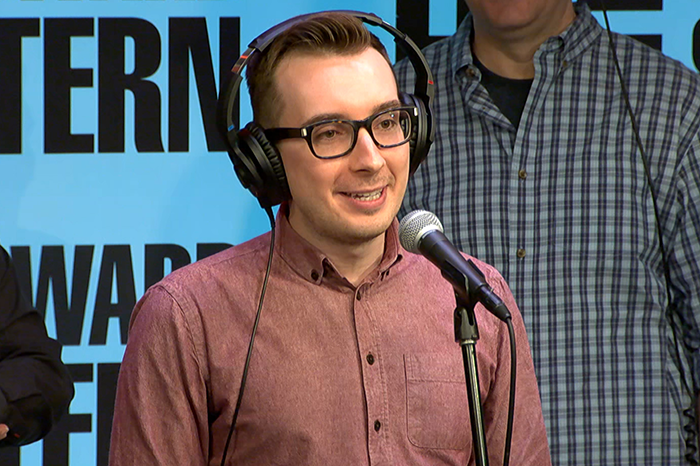 Chris Wilding had a few of his co-workers worried after spending a wild night over the weekend with two men he met online — but the Stern Show staffer told Howard on Tuesday he had a plan for staying safe.

It all began when Chris received a message from a man interested in meeting up. “This guy reached out to me and said, ‘Listen, I have a very big penis and my boyfriend likes to watch men please my penis,’” he recounted.

Realizing the potential danger of allowing two strangers into his apartment, Chris put Brent Hatley on alert before inviting them over. “If I send you the word ‘banana,’” he texted, “send the fucking cops over to my place right away.”

Considering Brent lives nearby and has spoken at length about his civic duty to make a citizen’s arrest, he seemed to be the clear choice for backup. 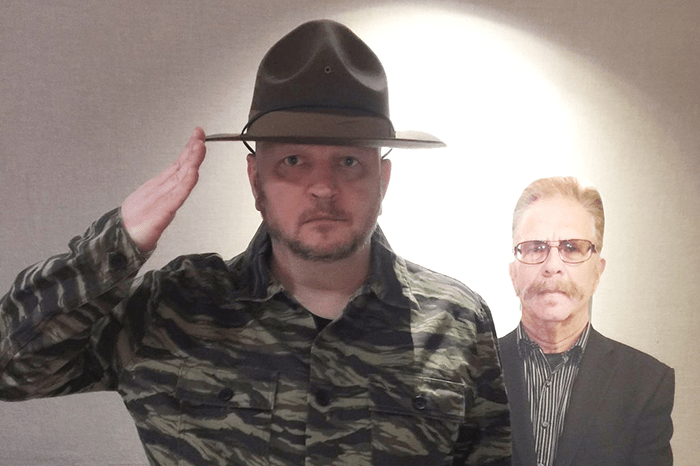 Howard, meanwhile, wanted to know why Brent wasn’t taking part in the staff lie detector tests, but Jason Kaplan reminded him the former “Bubba the Love Sponge Show” executive producer has admitted to putting things in his butt many times.

Chris did tease an upcoming report on Brent’s personal life, though, revealing he interviewed the staffer’s wife. “I spoke to her. It’s going to blow your mind,” he told Howard