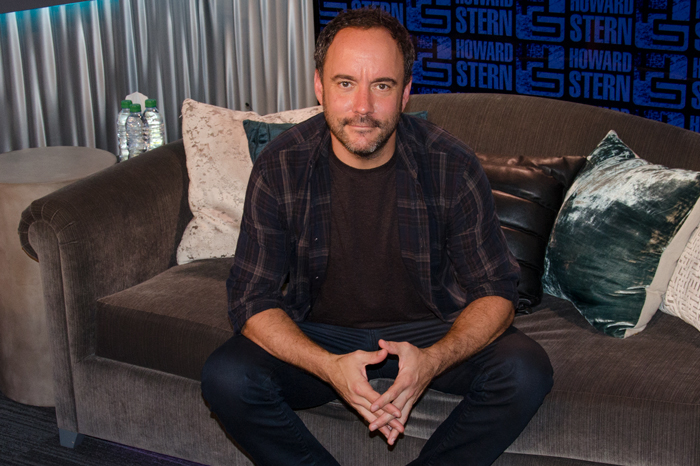 It was a performance-filled Stern Show debut for Dave Matthews on Monday morning. Not only did the iconic singer-songwriter play his hit song “Crash Into Me” and his new single “Samurai Cop (Oh Joy Begin)” live for Howard and his listeners, Dave also covered the Procol Harum classic “A Whiter Shade of Pale.”

Performing cover songs is precisely how Dave got his start as a musician. He told Howard he used to repeatedly play “All Along the Watchtower” while busking in the streets of Amsterdam, especially on chillier days as a means to stay warm. “I could do it for an hour,” Dave said. It then become a concert staple for Matthews and his band who’ve now covered their rendition of the classic song several hundreds of times.

If only Dave was as well-practiced the night he took the stage with the Rolling Stones at one of their shows in the Netherlands. Dave recalled for Howard how he was set to duet with Mick Jagger on “Memory Motel” and was told ahead of time the lyrics would be scrolling on a teleprompter in front of him. Once at the mic with Mick, though, Dave discovered his teleprompter was completely blank and had no other option than to sing gibberish on his verses.

“It’s as if I’d never uttered a word in my life,” Dave said with a laugh. “I just made up words … the whole thing.”

The next day, Dave thought it best to make light of the situation and asked Mick if he’d gotten any of the words right during the performance, to which Mick supposedly answered “No, I don’t think so.” Luckily, Dave got another shot at singing with Mick at their second show the next night. This time, the legendary rock star wasn’t leaving anything to chance – he sat down at a piano with Dave and they went over the song’s lyrics line by line together.

The Rolling Stones rightfully earned their spot in the Rock and Roll Hall of Fame back in 1989 and Howard wondered if Dave and his band have any aspirations of being inducted. “I’m assuming at some point they’ll feel obligated,” Dave said of the Rock Hall, although he sounded surprised on Monday to learn he was even already eligible to be nominated. As much of an honor as being inducted would be, Dave explained being a hall of famer isn’t what makes somebody a great musician. He feels similarly about winning Grammys.

“A lot of my favorite artists never got a Grammy,” Dave told Howard. That includes Joan Armatrading who Matthews named as his favorite guitarist of all time (aside from his own guitar player Tim Reynolds).

Dave Matthews Band has itself received 11 Grammy nominations throughout the years and won the Best Rock Performance by a Duo or Group Award in 1997 for “So Much to Say.” Dave also won once as a solo artist for 2003’s “Gravedigger.” However, it sounds like one of Matthews’s golden gramophones might be missing. 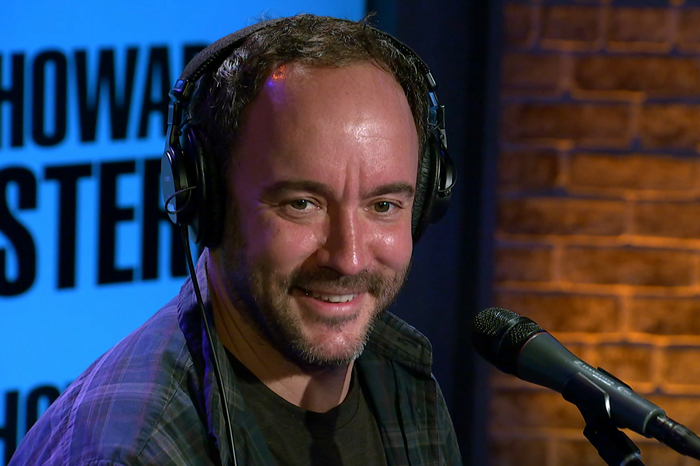 “I think there’s one that I never got,” Dave told Howard, explaining someone on his team just recently told him one of his Grammys was misplaced and that they were “looking for it.”

Nearly 20 years after Dave’s hit single “Crash Into Me” was nominated at the Grammys, the song was revived in the Oscar-nominated film “Lady Bird,” whose lead character listens to the track repeatedly throughout the movie.

“That actually helped me out a lot,” Dave told Howard. While critics and fans alike had sometimes compared the song unfavorably to Dave’s other offerings, Dave appreciated “Lady Bird” showing the meaning that song has for some. He even penned a thank you letter to the film’s director Greta Gerwig to express his gratitude.

When Greta asked permission to use “Crash Into Me” in the movie several years ago, Dave said yes without giving her request much thought. “I didn’t ask too much,” he told Howard. “When I watched it, I was like ‘Holy shit. That’s a good movie!’”

A movie not quite as good but perhaps just as close to Dave’s heart is the straight-to-video cult classic “Samurai Cop,” the title of which was borrowed for the lead single off of Dave Matthews Band’s new album “Come Tomorrow.” 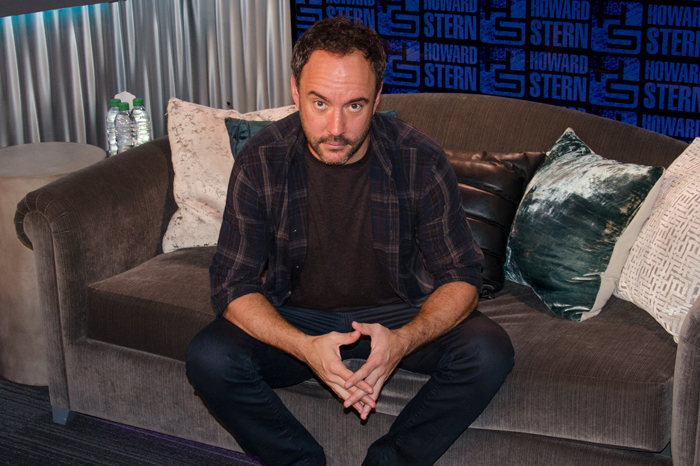 “It could not be less about a samurai cop,” Dave continued, telling Howard the film was merely playing on mute while he was working in the recording studio one day. Mesmerized by what he saw, Dave decided it was only fitting to name his own song after the film. His instinct seems to have paid off, too – “Samurai Cop (Oh Joy Begin)” is currently climbing the rock chart and “Come Tomorrow” is now officially the band’s seventh straight album to debut at No. 1.