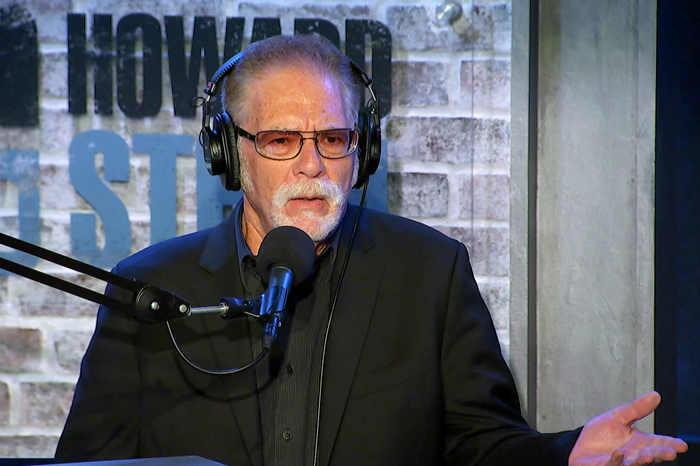 Ronnie “the Limo Driver” Mund may be 68 years old, but he is far from slowing down. In fact, this past weekend he spent quite a few hours accelerating in a customized 2018 Ford GT to untold speeds as part of the 10th annual Gold Rush Rally.

It was NASCAR champ Kurt Busch who paired Howard’s driver with WWE legend Goldberg to take on the first two legs of the 10-stop cross-country trip together. With the official route stretching from Boston to Las Vegas, Ronnie took the wheel first and sped off towards Mohegan Sun Casino in Connecticut.

Despite his extensive driving experience, Ronnie did not keep the lead on the way to the first landmark. “I blew it, I admit it,” he told Howard. “We were ahead of everybody. And there was a certain part of the road … It was hard to tell which was the road and which was the exit.”

The wrong turn left Ronnie and Goldberg in around eighth or ninth place once they hit Connecticut. At that point Goldberg took the wheel and drove them through New York with the help of Ronnie’s navigation.

Though Ronnie was unable to participate in the entire rally, he told Howard how much it meant to him just to be invited by Kurt. “You don’t know what a fucking honor it was when I picked up the phone and he asked me to drive that car.” Ronnie said, admitting he even got emotional after the call. “I didn’t cry but I was very choked up that he actually asked me to do it.”

See more tweets and photos from Ronnie’s big weekend, including him in his one-piece racing suit, (below).