“His David Letterman was so good, he really didn’t need another impression,” Howard remembers of the late voice impersonator 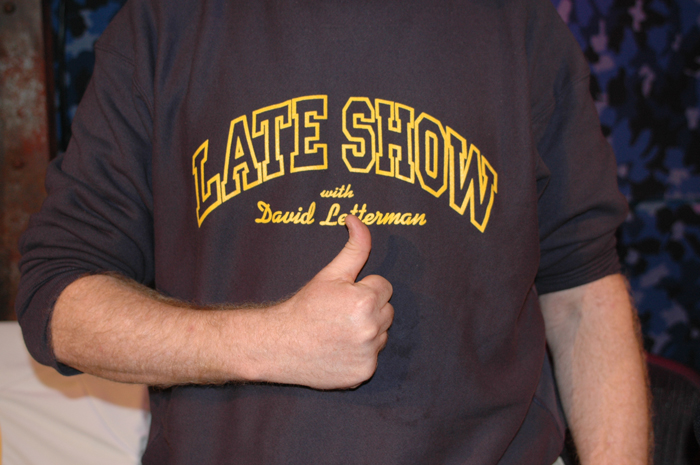 Howard took time on Monday to remember a man known simply to Stern Show fans as Evil David Letterman, a nickname he received due to his own speaking voice sounding nearly identical to the famed late-night host’s.

“Dave was not an impressionist,” Howard explained on air this morning. “He was just a random guy who happened to sound exactly like David Letterman.”

Other Stern Show staffers gathered in the studio to share their own experiences of working with Evil Dave, including Will Murray who recalled how hard it was to get Dave on the phone. “He didn’t have a cell phone number, he didn’t have an email,” Will told Howard. So, to get a hold of Dave, Will would have to contact one of Dave’s co-workers and ask them to put Dave on the line. Dave would then read the bits over the phone while at work, sometimes even asking those around him to keep quiet.

Getting Evil Dave to properly pronounce words could be challenging at times, though. Will also told Howard about how many takes he’d often have to sit through before Dave got his line right. Take a listen to Evil Dave trying his best to say celebrity names in the audio clip (below).

Though working with him took time and patience, Will told Howard he had nothing but fond memories of Evil Dave. “He was the best. I loved this guy,” Will said.

Sal Governale also spent countless hours in the studio with Evil Dave, whom he remembered as having an insatiable appetite for the Stern Show’s complimentary orange juice and potato chips which he enjoyed whenever he came up for a visit. Sometimes Dave even claimed he couldn’t work unless he got more free snacks since they gave him the energy needed to keep recording lines.

“It’s like potato chips and orange juice did for him what spinach did for Popeye,” Howard joked. 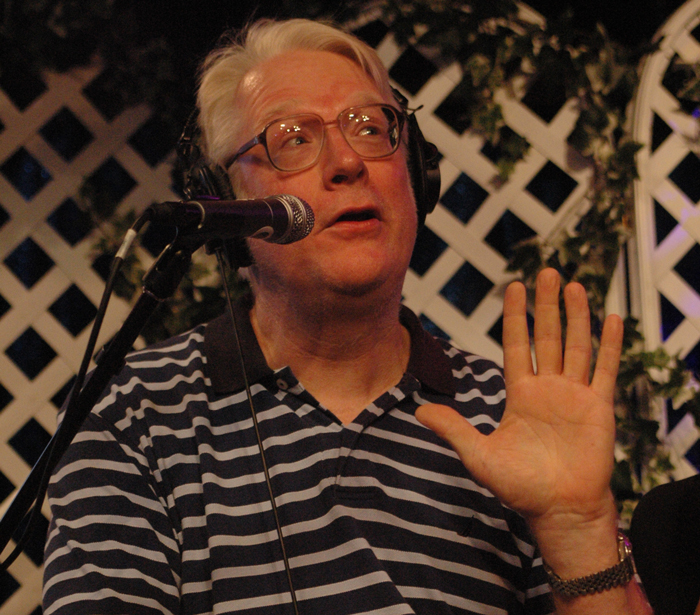 Evil Dave on the Stern Show in 2008 Photo: The Howard Stern Show

Appearing on the Stern Show for the first time in 1999, it didn’t take long for Evil Dave to become a fan favorite. Once while waiting on hold to talk to Howard, actor Alec Baldwin heard one of Evil Dave’s bits play over the air and later praised the impression during his interview, saying “he nailed it.”

As for the real David Letterman, he was always a good sport about his Stern Show counterpart. During his 2017 interview with Howard, Dave laughed about the impression and revealed he’s even had fans come up to him to say they heard him on the Stern Show when it was actually Evil Dave they heard on air.

“His David Letterman was so good, he really didn’t need another impression,” Howard said. “Evil Dave made us laugh a lot over the years and he will be missed.”