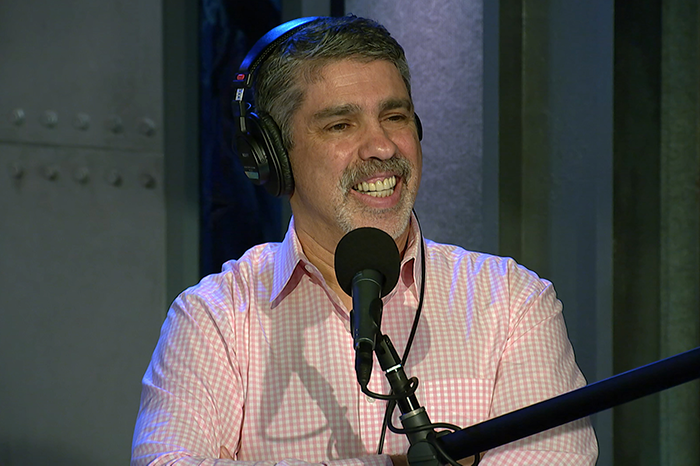 On Monday, Stern Show Executive Producer Gary Dell’Abate revealed he had begun taking a new medication in hopes of relieving his frequent and phlegmy throat-clearing outbursts.

According to Gary’s ENT doctor, it could take up to a month to see results. On Tuesday morning, numerous staffers reported it had definitely not begun working yet.

Still, Howard was skeptical of a medical intervention. “It’s just becoming, like, a tic,” he said. “Stop doing that. Don’t clear your throat anymore,” he instructed. Check out video proof (below) of Gary’s nervous cough during last month’s staff lie detector tests.

.@robertAbooey was sent into a throat-clearing fit during his #SternShow staff lie detector test. Was it nerves?Tune in Tuesday to #Howard100 for the full results of the lie detector tests and watch more videos on the @SIRIUSXM app! pic.twitter.com/pAqAhbiy99

Ronnie “the Limo Driver” Mund, meanwhile, noted Gary clears his throat so often he doesn’t even notice it anymore. There are a few other tics which have come to his attention, though.

“He has this other tic which I think went away finally. He used to do this thing with his arm, with his watch,” Ronnie explained, imitating how Gary would shake his wrist.

Gary countered he simply had been wearing a loose watch and once he swapped it out he stopped that movement completely. He didn’t have a response for Ronnie’s next observation, though.

Howard attested he had seen Gary tugging at his shirt from time to time, but had never seen Gary’s hands go below the belt.

“I don’t know,” Gary offered in response. “Ronnie just pointed out something new that I’m unaware of.”