Howard makes an impromptu appearance on Al Roker's “Off the Rails” 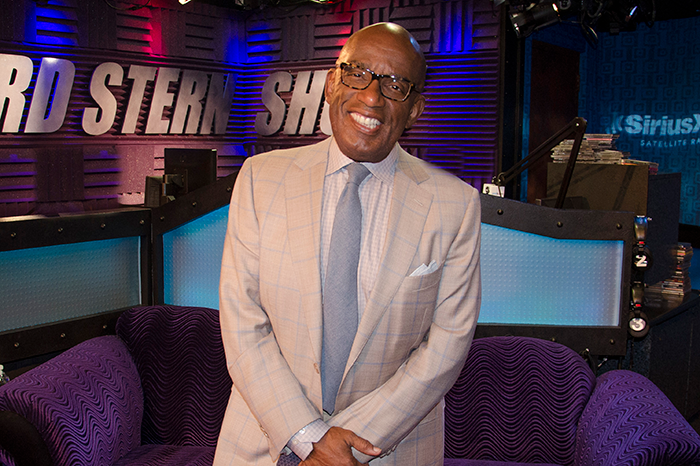 Howard told Robin his head was spinning Wednesday morning from the events of the previous afternoon. It all began when he left the Stern Show after Tuesday’s broadcast and began walking through the SiriusXM lobby on his way to a meeting.

“When I leave, I have a routine where I look straight ahead … I walk very fast,” Howard said, explaining he frequently gets pulled aside by celebrities and fans.

Unlike a chance meeting with Guillermo del Toro, which years ago inspired him to begin painting and drawing, most of the people calling Howard’s name in the hallway want him to appear on their own shows.

And that’s exactly what happened on Tuesday. Upon noticing a commotion in the SiriusXM “fishbowl” studio, the King of All Media said he made a fateful mistake: “I looked to my right.”

.@HowardStern made a surprise visit to “Off the Rails” after getting waved over by @alroker in the SiriusXM lobbyWatch more videos from the #SternShow on the @SiriusXM app: https://t.co/ouY3V8xFn6 pic.twitter.com/lAbkWqywNu

In the studio was none other than the “Today” show’s Al Roker — who has appeared on the Stern Show numerous times — along with his “Off the Rails” co-hosts Sheinelle Jones and Dylan Dreyer who were all waving and yelling for Howard to come in.

While Al has a reputation of being anything but off the rails, Howard said things seemed to go a bit haywire as the hosts tried juggling broadcasting, live-streaming on Facebook, and taking selfies with him.

Nevertheless, Howard stayed for a few minutes to chat before heading out to his meeting and received some high praise from Al. “I see the man who built SiriusXM,” the famed weatherman and broadcaster said. “This thing wouldn’t exist if it wasn’t for you. It’s true.”