Stern Show staffers present some of their favorite unaired gems 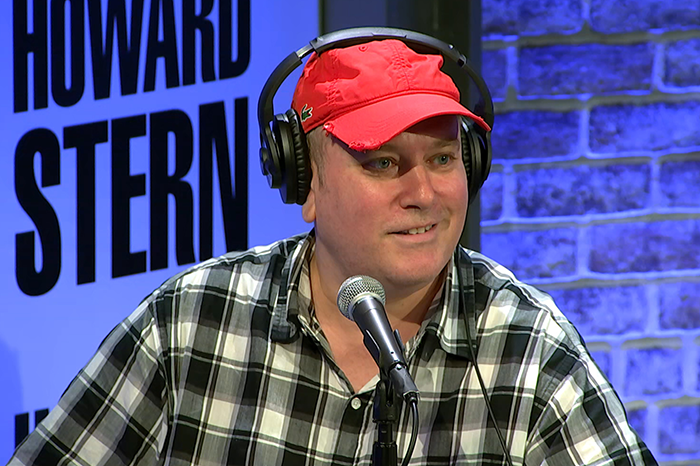 But first, as he promised Monday, Benjy Bronk arrived at the office wearing his special panel shirt (above).

“I look great in this shirt,” he proudly told his co-workers.

Benjy also brought in some tape from the Adult Video News Awards. Having attended the AVN Awards in the past, he had unique insights about this year’s winners and highlighted some of his favorites.

Howard also had some new clips of Baba Booey shout-outs from the 2018 Open Championship, including a failed attempt at silencing one fan (below).

At least one American made it to #TheOpen — Thought he stopped his Bababooey short, but if you listen closely the coverage cut the mic 👏🏼 pic.twitter.com/VWvzQHu83L

PHOTO: Jeff the Drunk Has a New ‘Blister’ on His Leg