It’s become a bit of a tradition for Sharon Osbourne to stop by the Stern Show with her co-host from “The Talk” Julie Chen but that unfortunately was not the case on Tuesday morning. Though Sharon pointed to Julie’s “Big Brother” shooting schedule as the reason she couldn’t join her in the studio today, Howard wondered if it had anything to do with Julie’s husband, chairman and CEO of CBS Les Moonves, being recently accused of sexual misconduct by multiple women. Sharon maintained whatever is going on behind closed doors between Julie and Les is nobody’s business but theirs, hence why very little on the matter has been discussed so far on “The Talk.”

Howard asked if Sharon thought Les should appear on “The Talk” in order to address the situation publicly, but she doubted very much that would ever happen. 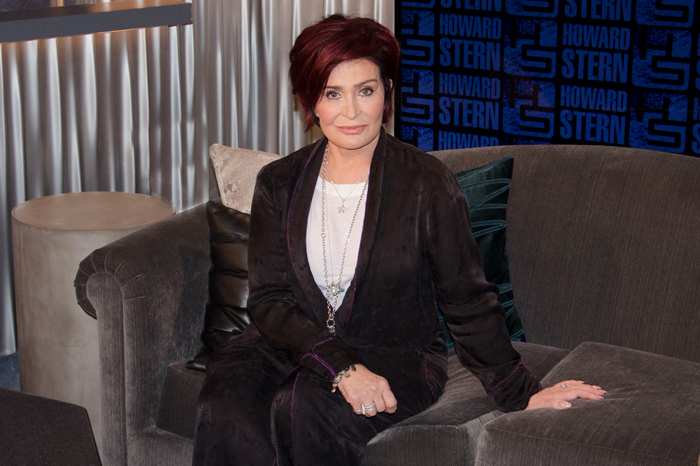 Sharon on the other hand has never shied away from bringing up controversies from her own personal life on the CBS talk show, including past troubles in her marriage with husband Ozzy Osbourne. After nearly 40 years together, it sounds like Sharon and Ozzy are now more in love than ever, even recently renewing their vows in Las Vegas.

“He wrote all his own wedding vows,” Sharon revealed. Only she and Ozzy and their officiant were present at the private ceremony.

“I’m wondering if Sharon had any vows or did you just say, ‘I forgive you?’” Robin Quivers joked.

Howard added Ozzy should probably just be thankful he still had Sharon by his side considering all of his past mistakes. “He should be happy she showed up for the fucking second wedding. Are you kidding? Got the greatest woman in the world,” Howard said.

“And I got the greatest man. He’s a good guy,” Sharon said. As for if they made love that night, Sharon answered “of course,” admitting she even wore a special trousseau for the occasion. 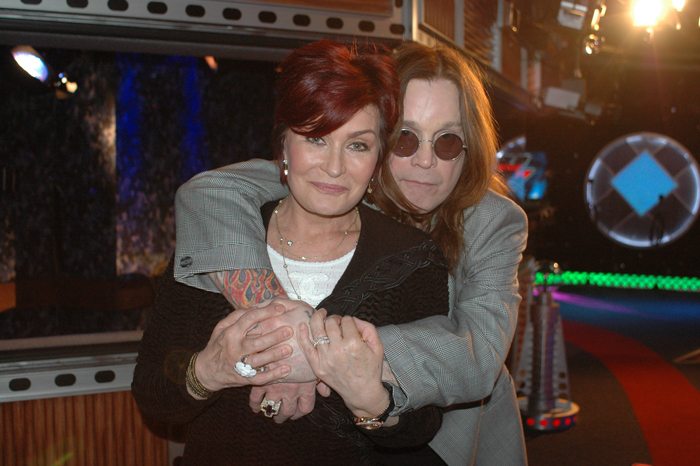 Sharon and Ozzy Osbourne on the Stern Show in 2009 Photo: The Howard Stern Show

As a longtime guest on the Stern Show, Howard has many fond memories of interviewing Ozzy Osbourne. On Tuesday, he and Sharon laughed about a story Ozzy once told about being in rehab and meeting Betty Ford – or at least he thought it was Betty Ford he was talking to. According to Sharon, Ozzy has mistaken a few people for the former first lady over the years.

“One of the times he thought it was Betty Ford it was Elizabeth Taylor,” Sharon told Howard with a laugh. The Oscar winner met Ozzy after giving a speech at an event for the famed clinic.

Situations like that one were one reason TV audiences regularly tuned in to watch Sharon and Ozzy’s reality series “The Osbournes” which ran from 2002 to 2005 on MTV. There’s been talk of rebooting the show for several years, but Sharon explained to Howard why they haven’t been able to get a new series off the ground.

“Different networks all approach us … they can’t afford us,” Sharon said. “Why would we want to do it for fucking peanuts?”

While Sharon and Ozzy’s children Kelly and Jack Osbourne starred on the reality series alongside them, their eldest daughter Aimee elected to not participate and never appeared on camera throughout the show’s entire run. Sharon told Howard while she wished at the time they could have done the series as a family, she’s now proud of her daughter’s decision.

Should the Osbourne clan all step in front of the cameras again, there’d be some new family members to feature as Sharon and Ozzy are now proud grandparents to three little ones that they see “all the time” despite their busy schedules, including another world tour for Ozzy.

“This is his 50th year of touring,” Sharon told Howard. “It’s what he loves. The adulation he gets, the feeling when he performs live, it’s him. That’s what he does.”

Even at 69 years old, Ozzy has no plans of slowing down and his showmanship still manages to wow his fans, especially his wife.

“I watch him sometimes and I’m like, ‘How the fuck did he just do that?’” Sharon said of Ozzy.

Catch Sharon Osbourne on “The Talk” weekdays at 2 p.m. on CBS and see Ozzy Osbourne live on his “No More Tours 2” coming to a city near you.