Plastic covered much of the Stern Show offices on Tuesday in preparation for this morning’s Heaviest Diaper Contest as Richard Christy and Sal Governale each tried to pee their way to a victory. Howard checked in with them both as the show started and Richard, wearing an oversized baby bonnet, was visibly excited to be a part of the competition.

“I love it. I can just be free today,” Richard said, admitting to Howard he’d already started soiling his diaper.

Sal on the other hand wasn’t quite as enthusiastic to be involved in the contest, especially during his first urination of the morning. “It’s warm,” he described. “This is fucking gross. This is terrible. My balls are wet.”

Sal’s flow seemed to last a while, though, and he told everyone his stream came out in “three gushes.”

“I just feel like I have scrambled eggs in my diaper. It’s just warm,” Sal said with a laugh.

“I’m going again now, too,” Richard then announced. “I can’t let him get ahead of me.” 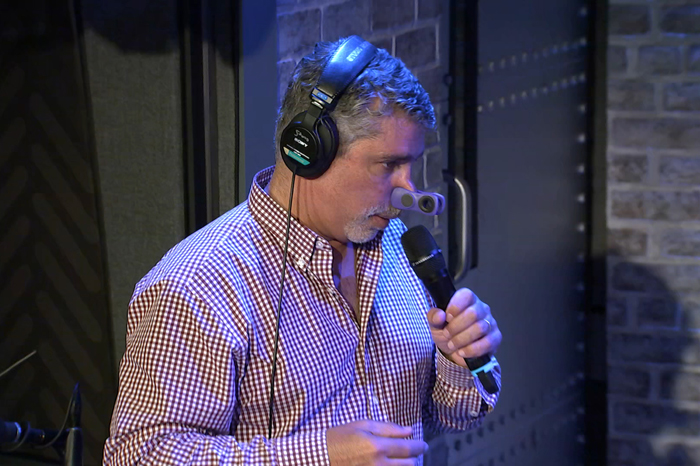 Since there was already so much activity in the diapers, it was decided Sal and Richard’s should take them off and have them weighed. In the studio with them was official scale operator Gary Dell’Abate who entered wearing a clothespin-like contraption on his nose.

Before the first round of diapers were weighed, Howard and Robin placed a $20 bet with one another – Ms. Quivers was confident Sal’s diaper would be heaviest while Howard went with Richard.

The results: Richard came in at 0.2 pounds while Sal weighed in at 0.6 pounds. 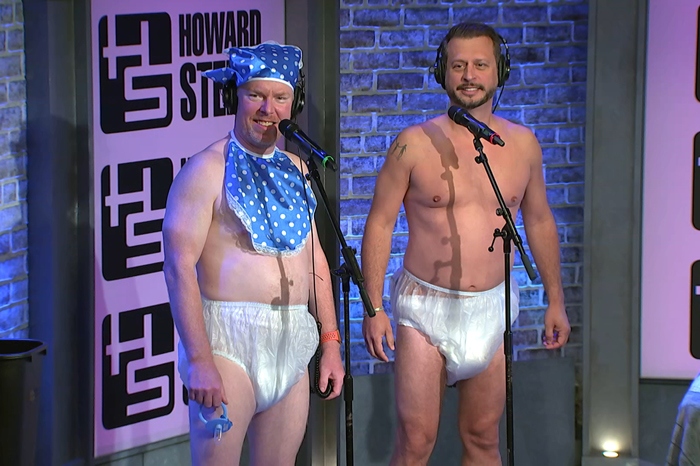 As the morning went on, so too did Richard and Sal who kept peeing themselves back in their office. About an hour after their first weigh-in, the boys returned to the studio to put their second diapers of the day on the scale.

Howard and Robin wanted to bet once again and stayed with their initial picks from before – Robin still certain Sal would win and Howard backing Richard.

The results: Richard came in at 0.8 pounds while Sal weighed in at 0.4 pounds.

After the second weigh-in, they were tied up at 1 pound of total urine each. 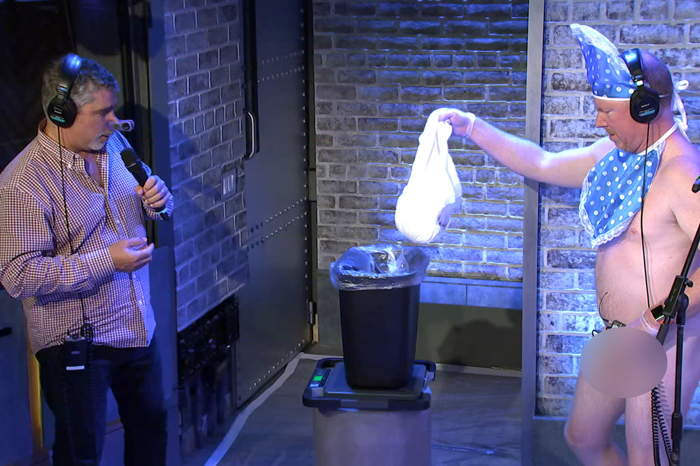 Less than an hour later, Richard announced he was ready to be weighed again after unloading quite a bit in his diaper.

“I think this is the biggest one yet,” Richard predicted as he put his diaper on the scale. He was right, coming in at a whopping 1.2 pounds.

As for Sal, he still hadn’t gone again and had to sit out this weigh-in. 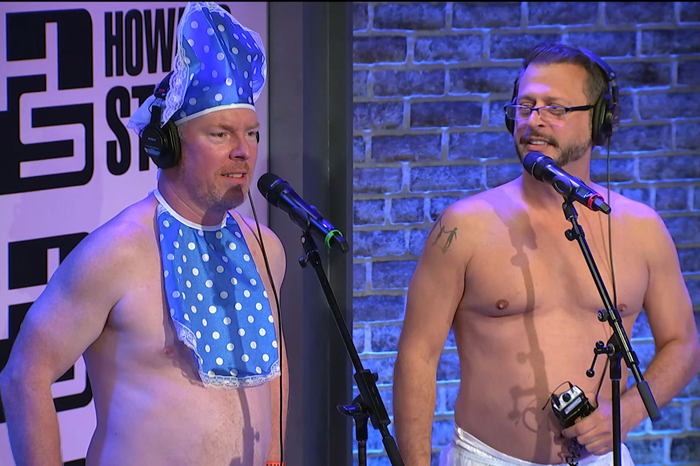 Around 9 o’clock, Howard got word both Richard and Sal were in the middle of a urination.

“I have to fart, too,” Richard said before letting one rip near his microphone. But very soon it would be discovered it wasn’t just a fart that came out. As he and Sal assembled in the studio and took off their diapers, Richard told everyone something horrible had happened.

“I have some bad news. I don’t want to get in trouble. I had an accident,” Richard admitted.

Gary peered inside of Richard’s diaper and reacted in utter disgust to see what was inside. “It’s not a smear. It’s a fucking turd,” he told Howard.

There were only two rules established at the start of this contest: Richard and Sal couldn’t intentionally overdrink too much water and neither could defecate in their diapers. And while it was previously determined breaking either of those rules would result in immediate disqualification, Sal suggested they not count Richard’s dirty diaper but allow him to continue on in the contest.

“Like in football, there are penalties. He got a penalty,” Sal explained.

“I fucked up, I’ll admit it,” Richard said before leaving to go clean himself up.

Though Richard took a 0 for this weigh-in, Sal was only able to produce a 1 pound diaper, still leaving him two tenths of a pound behind in total weight.

It all came down to the final diapers of the morning and Richard and Sal each tried to fill theirs with as much liquid as they could. With $20 once again on the line, Howard picked Richard to win it all while Robin continued to back Sal.

“I just want it to be over,” Gary said before the diapers were placed on the scale one last time.

The results: Richard had his heaviest diaper of the entire day at 2.2 pounds. Sal came close but only registered a weight of 2 pounds even on his final diaper.

“What was I thinking?” Robin replied. 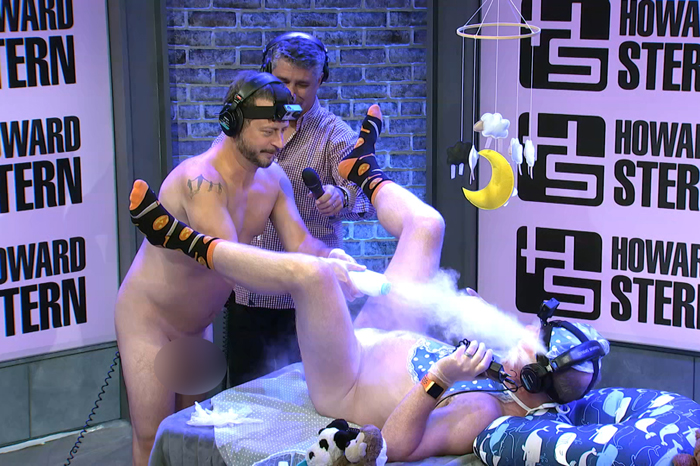 As the winner of the Heaviest Diaper Contest, Richard got to hop on a changing table, throw his legs back, and have Sal powder his ass and strap a fresh diaper on him.

“I love it. This is the best prize ever,” Richard said with a laugh.

“I don’t know whether to fire them or promote them,” Howard joked about his two staffers.