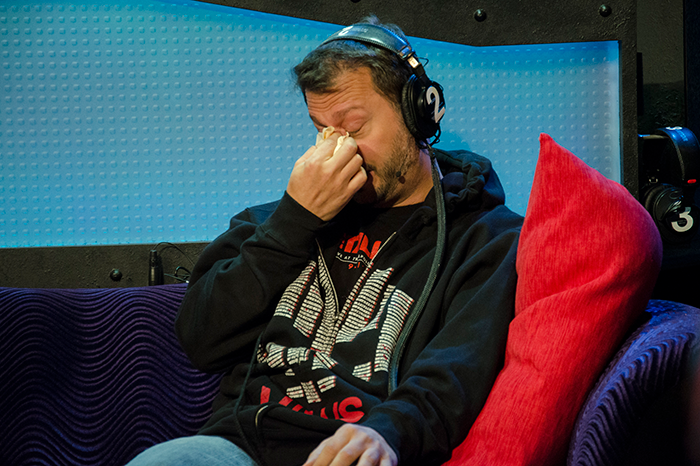 Howard took a call early Wednesday morning from a listener who was left disturbed after Tuesday’s action-packed show, but not from the Heaviest Diaper Contest.

Instead the man told Howard he was shocked by Sal’s memory of helping his grandfather pee.

“I’ve known Sal a bunch of years now — he’s like a bottomless pit of traumatic stories,” Howard agreed. “Have you gone to a psychiatrist?” he asked his staffer.

Sal revealed he had once turned to psychotherapy and went through six sessions before calling it quits. “It got too heavy and I bailed,” he admitted.

When Sal told his psychiatrist he’d had enough, though, the medical professional took an unusual step. “The psychiatrist said to me, ‘I’ll tell you what … don’t pay me,'” Sal recalled.

Considering what Sal has revealed on air over the years on the Stern Show, Howard figured he must’ve shared even more wild stories in private. “This psychiatrist probably met you, heard six weeks of your stories, and went, ‘This is a once-in-a-lifetime case,'” he said with a laugh.