“He goes, ‘Pull down my fly and take out my tool,’” the staffer recalls of his grandfather 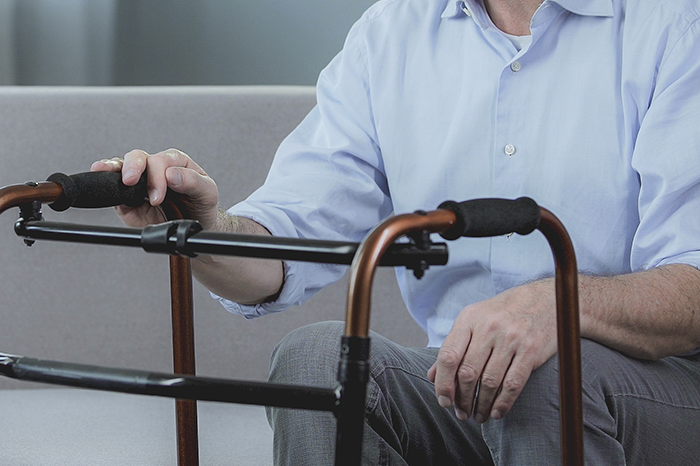 Sal Governale never ceases to evoke shock with his childhood memories and a new story he shared Tuesday morning proved no different.

As he prepared to battle Richard Christy in the Heaviest Diaper Contest, Sal was reminded of another odd incident involving pee—the time he had to help his elderly grandfather relieve himself into a flour container.

Sal explained how, after his grandmother passed away, his grandfather would frequently buzz over to their house for assistance. Sal’s dad usually went over to help, but one afternoon he sent his then 22-year-old son to take care of the issue.

As it turned out, Sal’s grandfather had to pee but had trouble walking around. So, instead of making it to the bathroom, he requested a flour canister to catch his stream. And moreover, he needed Sal’s full assistance for the maneuver.

“He locks his hands on the walker … He goes, ‘Pull down my fly and take out my tool,’” Sal recalled. “I looked away and I reached in and I had to find it. And his cock — I’ll never forget — it was, like, stuck to his balls. I peeled it back like Velcro.”

The experience didn’t end there, either. Sal told Howard he was instructed to hold on until his grandfather finished urinating. “It was very warm and when the piss started going I could feel the vibration of the piss going through my fingertips,” he said. “I was traumatized.”

With no more liquid streaming out of his grandfather, Sal said he quickly stuck everything back into the pants, only to be called back brusquely. “He goes, ‘Take it out and shake it!’” Sal continued.

Before being let off the hook, Sal was even instructed to take the pee repository and dump it in a tub. “I couldn’t think straight. I did whatever he told me,” he conceded.

Stern Show staffer Shuli Egar, meanwhile, told Howard the story didn’t surprise him all too much considering an incident he had with Sal years ago. 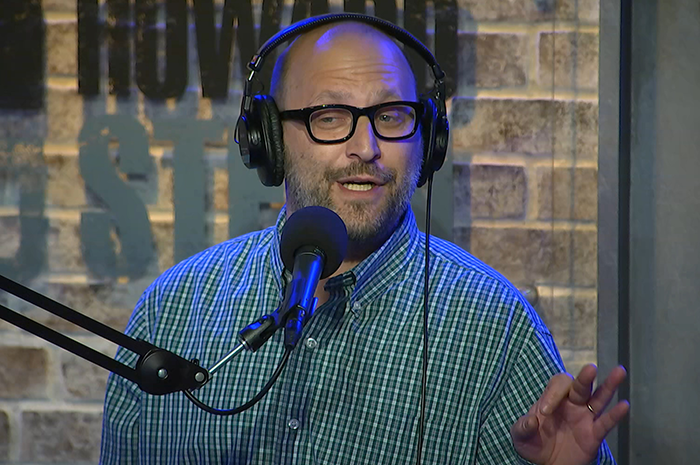 “We were both drunk and I was peeing in the bathroom and he was peeing next to me—and he grabbed my cock while I was peeing,” the staffer revealed.

“That’s true. I just reached over the urinal and shook it for a second,” Sal admitted, chalking it up to fraternizing—a word he struggled to pronounce. Hear it (below).