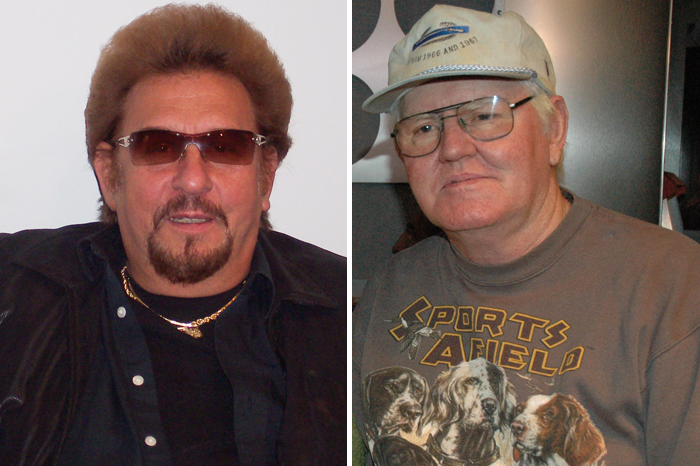 The big day finally arrived Tuesday morning for Richard Christy and Sal Governale to strip down and see who could accumulate the heftiest collection of pee-filled adult diapers in the official Heaviest Diaper Contest.

But first, Howard had the staffers check in with their respective fathers to see what Mr. Christy and Mr. Governale had to say about the wet and wild event.

Unsurprisingly, Richard’s dad was supportive in his response. “How’s your piss? Can you piss a lot?” he inquired.

Richard said he usually urinates quite a bit during the day and was optimistic in his outlook.

“Well I raised you up to win,” his dad responded. “I raised you so you could piss a lot.”

“I piss a lot,” Mr. Christy added before also admitting he had to recently stop peeing off of his porch in Kansas after Richard’s mom slipped and fell in his puddle.

“Isn’t that beautiful?” Howard said with a laugh.

Sal’s dad, conversely, seemed horrified by the impending contest. “What’re you doing? You’re pissing in a diaper now?” he chided his son. “That’s not right what you’re doing.”

“I would call that the normal reaction,” Robin Quivers pointed out.

Hear the full reaction from both dads (below).