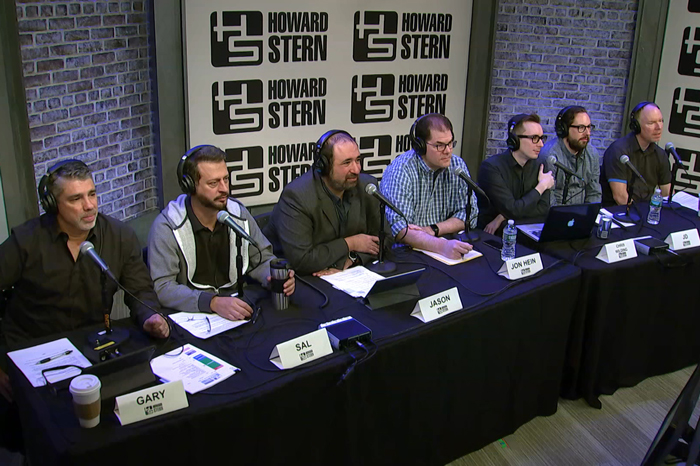 Howard kicked off Wednesday’s show excited to announce it was once again time to clean out the computer, a Stern Show tradition in which staffers present their favorite bits, clips, and songs that have yet to be played on the air.

“We’re going to find out things the staff feels you should have gotten to but didn’t,” co-host Robin Quivers explained.

With the staff panel already gathered in studio, Howard introduced everybody seated before him. Stern Show executive producer Gary Dell’Abate was at the table alongside his sometimes nemesis Sal Governale. Next was Jason Kaplan and Jon Hein, who’ve had their own differences in the past. Chris Wilding was back as was JD Harmeyer and Richard Christy, the latter of whom teased he had an on-air package … about packages. 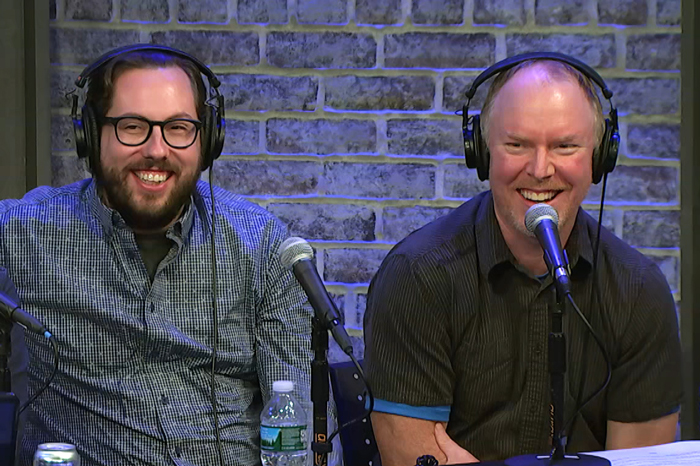 “It’s about men’s bulges,” Richard said with a smile. “A few years back the mayor kind of cracked down on topless women in Times Square so Sal and I went out and said that the mayor was also cracking down on guys with big bulges.”

Unfortunately, Howard ran out of time for Richard’s clips so listeners will have to stay tuned to hear his prank another day.