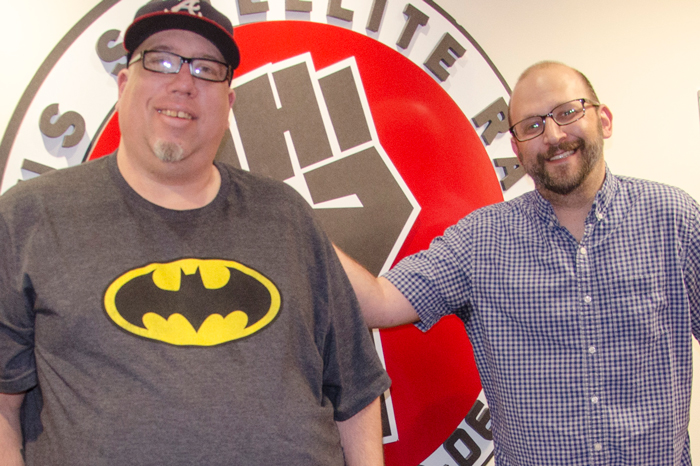 Though High Pitch Erik’s claim to fame has always been his soprano-like speaking voice, Howard learned on Wednesday the Wack Packer talks entirely different once he does some physical activity. Stern Show staffer Shuli Egar made the discovery years ago while attending a football game with Erik and Joey Boots. On their walk to the stadium, High Pitch complained he was exhausted but did so in a deeper, lower voice the likes of which Shuli had never heard.

“I fucking was laughing so hard,” he told Howard. “Like, when he’s exhausted his real voice comes out.”

Shuli managed to catch the incident on a tape recorder, too, and played the never-before-heard audio for Howard and Robin. Neither of them could believe how much Erik’s voice dipped while he struggled to walk to the game.

Fed up with using his feet, Erik then started flagging down pedicab cyclists for a ride to the stadium, according to Shuli. But upon seeing the size of High Pitch and Joey, most of the drivers-for-hire pedaled right past them. One pedicab eventually picked them up but the guy explained to Shuli the only reason he stopped was because he needed the money that badly. Their ride wasn’t a quick one, either.

“I was walking alongside them the whole time,” Shuli remembered, adding the driver was sweating profusely while transporting Erik and Joey.

In addition to observing what causes High Pitch’s voice to go low, Shuli also informed Howard what words and phrases cause Erik to produce an overabundance of phlegm in his mouth, like “cookies and cream ice cream.”

“There’s a pool of saliva,” he explained. “That’s why the ‘C-K’ words are always so disgusting.”

Take a listen to the various phlegmy sounds of High Pitch Erik in the audio compilation (below).