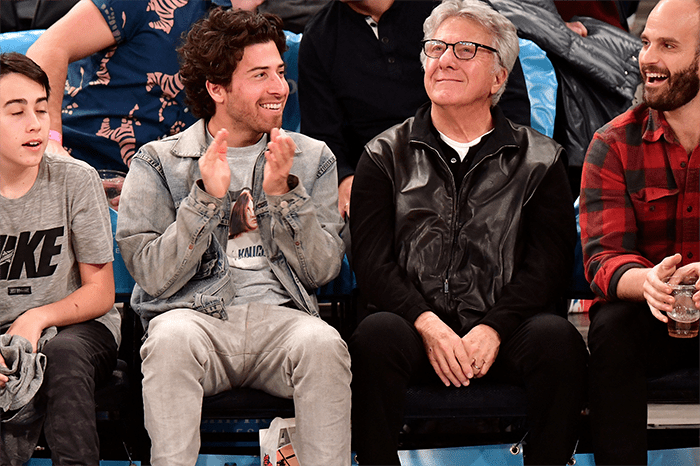 Howard kicked off Monday’s show by telling Robin he was at the epic NBA game at Madison Square Garden over the weekend which resulted in the New York Knicks defying the odds to beat the vaunted Milwaukee Bucks in overtime.

“I was at the best Knicks game of the year,” Howard exclaimed.

He said the game started out with a moment of silence for recently deceased president George H.W. Bush, included some great performances from the Knicks City Dancers, and turned out to be a star-studded affair. Howard wound up sitting courtside next to repeat Stern Show guest Jon Stewart and his son, and Jon joked about which celebrity would get the biggest applause when shown on the big screen. MSG not only showed Howard up on the Jumbotron, they also played a clip from his film “Private Parts.”

Other celebrities in attendance included Howard’s former “America’s Got Talent” colleague Howie Mandel and Oscar-winning actor Dustin Hoffman. Howard eventually left the game early to get dinner but not before a memorable encounter with Hoffman, who brought his son over to say hello.

Co-host Robin Quivers and executive producer Gary Dell’Abate remembered how Dustin called into the Stern Show back in 2009 as a surprise guest. “He was awesome,” Robin recalled. “I’ve seen Dustin on the street and he still remembers it fondly.”

Howard said Saturday’s run-in with Dustin went well, too. “He said, ‘Oh, my son’s a big fan,'” Howard explained. “And his son told me he started listening when he was 13, his father turned him onto the show.”

“It was quite the Celebrity Row,” Howard later concluded. “And the Knicks were looking good. I love the Knicks. It’s a lot of fun.”

AUDIO: Shuli Egar Proves to Be a Master of Wack Pack Impressions