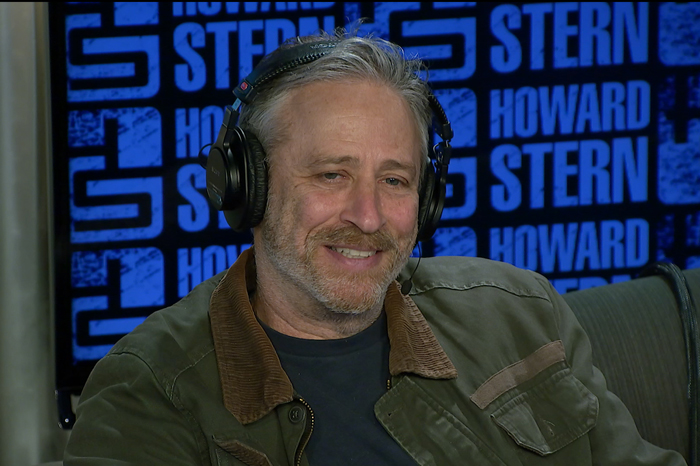 Two years after stepping down as host of “The Daily Show,” a post he held for over 16 years, Jon Stewart seems to be busier than ever. He stopped by the Stern Show on Wednesday morning to chat with Howard about how he divides his time now between his kids, his animals, and his new career endeavors.

Check out the highlights from Jon’s visit (below) and tune in Saturday, Nov. 18 to see Stewart and several other comedians come together for “Night of Too Many Stars” airing live on HBO.

After more than a decade and a half hosting “The Daily Show” on Comedy Central, Jon told the world in 2015 he would be retiring from the critically-acclaimed late-night staple. He explained to Howard on Wednesday how he knew he was ready to go.

“I think I got to a point where I kind of didn’t think I could do anything else with it,” Jon said. He admitted his age was affecting how much he was willing to participate in some of the show’s segments. “I was making decisions about bits … based on if I would have to change my clothes,” Jon told Howard with a laugh.

His successor Trevor Noah, a 30-something comedian from South Africa, offered the show the tenacity it needed in order to continue its success and Jon knows he made the move precisely when he needed to.

“I felt like it was absolutely the right time,” Jon said. “I’m really so proud of what we did over at ‘The Daily Show.’”

Jon’s comedic influence lives on in his many “Daily Show” disciples who’ve gone on to helm their own TV shows: Samantha Bee on “Full Frontal,” Stephen Colbert on “The Late Show,” and John Oliver on “Last Week Tonight.” Howard wondered if maybe Jon could have stayed on television longer if, like Oliver, he only went on the air weekly rather than daily.

“That’s probably true,” Jon replied. “Although I think you’d also get tired of that.”

“The one thing I miss about the show is that camaraderie,” Jon said later. Being around his “Daily Show” staff offered him “a way to process shit” that was going on in the news that he doesn’t quite have anymore.

But to say Jon has retired completely is patently false.

Down on the Farm 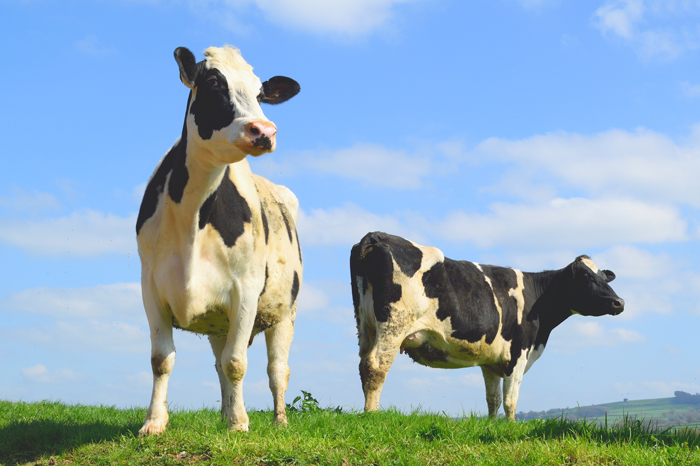 Before hanging up his “Daily Show” suit for good, Jon told Howard he had to first consider his financial situation since he and his wife Tracey own a 45-acre animal sanctuary.

“I need to afford pig and sheep care,” Jon joked about making sure he had enough money before stepping down from his TV gig.

Those in veterinary care are especially interested in visiting Jon’s farm so they can see certain animals that rarely reach the old ages they’re allowed to grow to at the sanctuary, including male Holstein cows (or dairy cows).

“They are like elephants. They’re gigantic,” Jon told Howard, comparing some vets’ reactions to seeing these cows to the scene in “Jurassic Park” when the characters arrive and see their first living, breathing dinosaurs.

Not having to go to his “Daily Show” job has also given Jon more time to spend with his children. He told Howard he used to only get to see them during “crying times” — early in the morning on their way to school or late at night just as they were going to bed.

Luckily, Jon wasn’t working during a recent family incident. “Last year my son had a health crisis and thank God I was home,” he said. Years earlier, Jon’s son was diagnosed with having Celiac disease, an autoimmune disorder where eating gluten can lead to damage in the small intestine. However, the pain his son was experiencing seemed to only get worse even with a strict gluten-free diet.

Eventually, doctors discovered a blockage in his son’s left kidney that caused it to swell up to three times the size of his right kidney. An operation and a regular medication regimen later and Jon’s son is doing much better

But not every kid in the hospital with them is so lucky. Jon remembered something he told his son to help explain how fortunate they were to get the care they did. “Everybody here’s just looking for an answer and we’re the lucky ones who got one,” Jon recalled telling him.

Happy, healthy kids and a dad that doesn’t have to go to work in the morning has given Jon more time to do something he loves — watching superhero television series with his children.

Television audiences only get to see Jon on occasion nowadays but soon enough they’ll be seeing a lot more of him. In July, Stewart inked a deal with HBO for two stand-up specials, his first in 21 years. Also included in that agreement is the upcoming “Night of Too Many Stars,” the comedy show Jon hosts yearly to benefit autism.

Howard asked if any other networks threw money at Jon in order to land a deal with him. Jon said there was interest elsewhere but denied a rumor he read recently that stated Netflix offered him $50 million dollars – a contract he reportedly had to turn down to stop his wife from divorcing him. The whole story just left Jon laughing.

“It’s like an information laundering system,” Jon said of some internet sites.

Jon also refuted the widely-circulated story that he and disgraced congressman Anthony Weiner were once roommates. Not only were they not roommates, they barely knew each other.

“People that I went to college with knew him after college when they moved to Washington,” Jon explained.

Once a Comic, Always a Comic 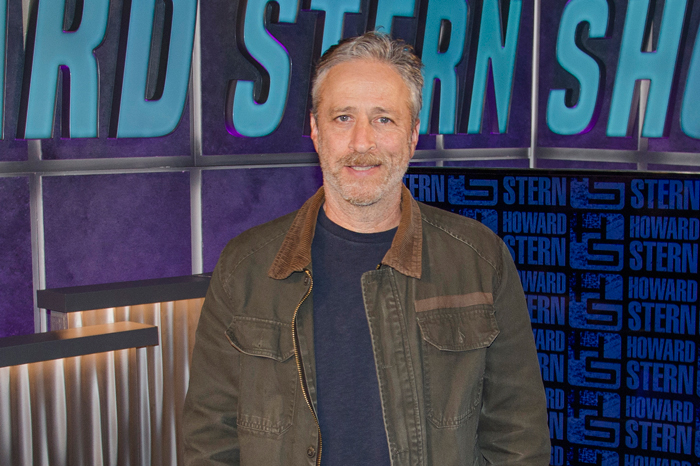 The comedy bug bit Jon hard a long time ago, but it left him with an itch that still needs scratching. He told Howard every now and then he’ll still head to a club and perform some new material he’s written in his newfound free time. As funny as he is now, Jon confessed he bombed the first time he ever tried stand-up at the Bitter End comedy club in New York.

Howard knew the punchline to Jon’s first-ever joke was “Yid-lock” and asked Jon to retell the bit again during their interview. Check it out in the audio (below).

Jon’s come a long way since bombing as an early comic. Howard asked what’s been the best part of his success in show business.

“Honest to God, it’s that I did it,” Jon answered. He hasn’t forgotten the less-than-desirable jobs he had to take way back when, or how he used to get booked at the Comedy Cellar at 2 a.m. Sunday through Thursday and play to a crowd that didn’t know who he was and didn’t care to find out.

“It’s the slot that they give someone that, for some reason, they think, ‘Let’s just see what happens to this guy. Let’s see what he uses this for,’” Jon told Howard. “You learned how to be yourself and once you learn how to be yourself, that’s when it opens up. You learn to channel what you actually care about.”

See Jon Stewart host “Night of Too Many Stars” live on Saturday at 8 p.m. ET on HBO. For more info, click here.