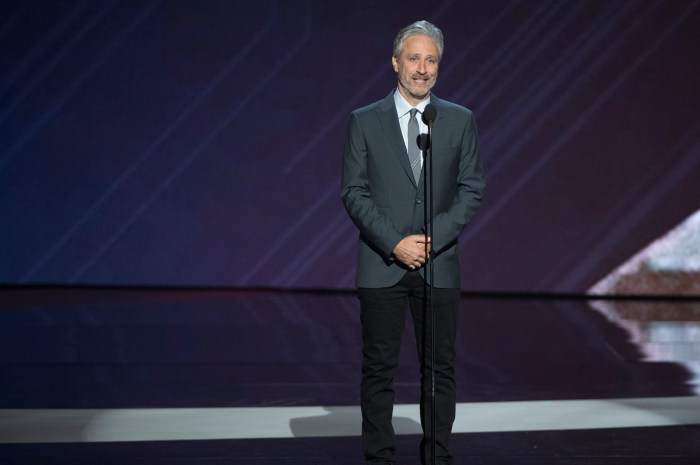 And now for your moment of zen …

Jon Stewart has signed on to headline two upcoming HBO comedy specials, the network announced Wednesday. While dates and locations have yet to be confirmed, they will mark the comedian, Stern Show veteran, and Emmy-winning talk show host’s first stand-up specials in 21 years since delivering “Jon Stewart: Unleavened” in 1996.

“I’m really thrilled to be able to return to stand-up on HBO,” Stewart said in a statement. ”They’ve always set the standard for great stand-up specials. Plus, I can finally use up the last of the Saddam Hussein jokes left over from my first special.”

“We’re excited to bring Jon to the network with this pair of specials,” HBO programming president Casey Bloys added. “We’ve all missed his uniquely thoughtful brand of humor.”

Stewart has of course stayed busy between 1996 and 2017. He hosted Comedy Central’s “Daily Show” from 1999 through 2015, which earned 23 Emmys and two Peabody awards over that time. He also hosted the Oscars in 2006 and 2008 and then went on to write and direct the 2014 film “Rosewater.” That same year he returned to the Stern Show to talk about his life, his career, and the film. Check out more from his sit down with Howard here.