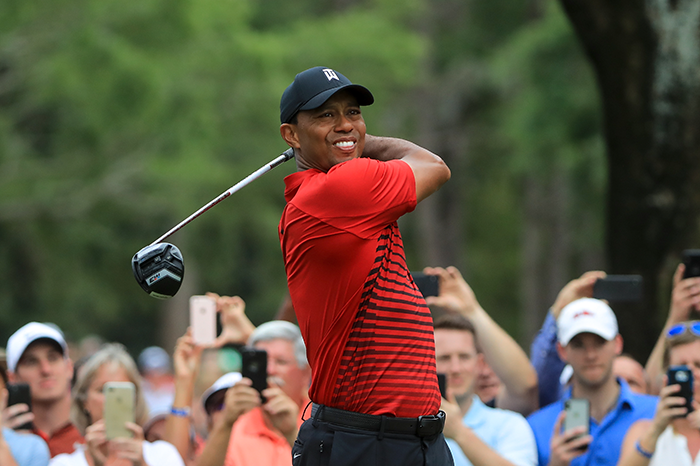 Tiger Woods may have finished in second at the 2018 Valspar Championship on Sunday, but he was the recipient of one of the top “Baba Booey” bombs of 2018 at the 17th hole. The Stern Show shout-out came loud and clear as the golf legend – who is looking to make a statement after a series of back surgeries — took aim and absolutely drained a 44-foot birdie putt.

Check out both the impressive swing and equally spectacular “Baba Booey” in the video (below).

“It has become so organic to the game of golf. I love it,” Howard said Tuesday. “It seemed like at every hole there was a Baba Booey.”

Moreover, “Baba Booey” wasn’t the only Stern Show catchphrase used to cheer on the golfers. Justin Rose, who tied for fifth place in the tournament, got a “Hit ‘em with the Hein” as he teed up on the 12th hole. Justin is no stranger to Stern Show fans after getting a big “Baba Booey” at the 18th hole of the 2017 Masters Tournament as well. Take a look (below).

“Our fans are out there and they’re doing their job,” Howard praised.