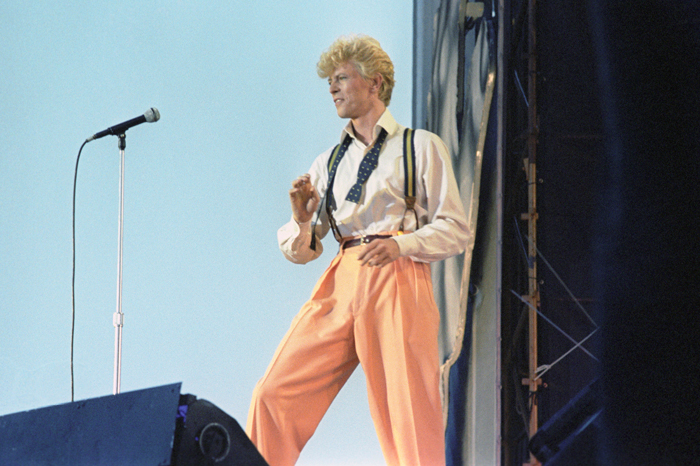 When the Stern Show’s away, Fred Norris will play. The kazoo, that is.

Once again, the Stern Show’s resident musical maestro recorded a cover song using his kazoo, performing a one-of-a-kind rendition of David Bowie’s classic “Heroes” while the show was off the air last week. Fred told Howard and Robin he’s not sure why he likes playing the plastic instrument so much but admitted jamming on the kazoo does indeed making him happy.

It’s not just the kazoo that Fred’s playing in his newest tune, however – he also added in some melodica. He became intrigued by the handheld blow-organ after Howard mentioned seeing Stephen Colbert’s bandleader Jon Batiste play it on “The Late Show.”

“So I ordered one from Amazon and I started fucking around with it and this is what I came up with,” Fred said on Monday.

The last time Fred broke out his kazoo for a cover song he performed the Stern Show’s theme “The Great American Nightmare,” originally recorded by rock star Rob Zombie. Fred said both that song and his ode to Bowie didn’t take too long to lay down on track and that he does it right from his home.

“Fred’s daughter thinks Fred is in kindergarten,” Howard joked before praising Norris for his many musical talents.

And should the Stern Show channels ever do another tribute to the music of David Bowie, Fred said on Monday he’d be willing to get back in the recording studio with his kazoo for another cover.