Who on the Wack Pack asks for the most free gifts? 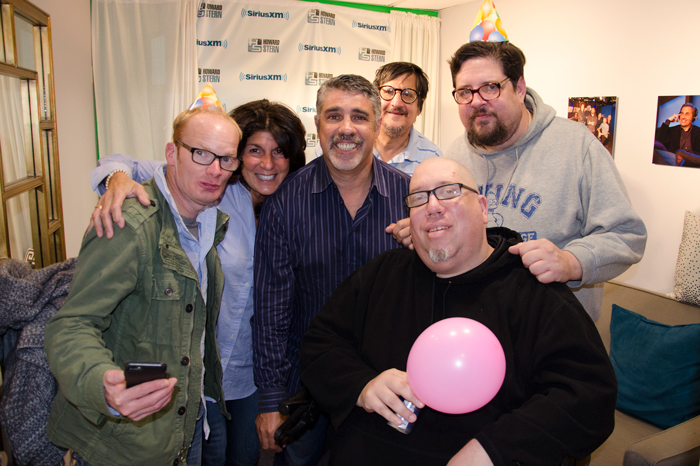 Gary Dell’Abate with some of the members of the Wack Pack Photo: The Howard Stern Show

As Tuesday’s Stern Show began, Robin Quivers asked Howard what he and Gary had just been discussing in the studio. Turns out he was talking to his executive producer about which members of the Wack Pack ask for the most gifts, prize money, and favors from the show.

“The Wack Packers call all day and night,” Howard told Robin. But he has always told his staff to pick up on a Wack Packer since one never knows when they might have something interesting to say on the show. For instance, Jason Kaplan was recently telling Howard about how many calls he used to get from the late, great Nicole Bass. He was assigned as her point person and before she passed away, she’d call Jason relentlessly looking for any opportunities the show could give her while every once in a while sharing a great story fit for the air.

Eric the Actor was no different in his phone call frequency, according to Gary. “One time he asked for tickets to one of the shows that was taping in his area and he asked for them on a Wednesday morning,” Gary told Howard. “On Thursday morning, he’d already left me a voicemail yelling at me that I was not moving quick enough.”

Howard assumed Fred the Elephant Boy must be one of the more polite Wack Packers but Gary informed him that while Fred is nothing but kind to everybody at the Stern Show, he rarely visits the studio without asking for something on his way out.

Of course, Evil David Letterman has been caught on tape several times asking for as many free orange juices that he can drink in one sitting whenever he comes to SiriusXM. “He’ll go through 11 juices because they’re free,” Howard said.

The person who Gary pointed to as bothering him the least was hands down Mariann from Brooklyn who not only has never asked for anything from the Stern Show, she often drops by with gifts of her own to give the staff.

“But that’s precisely why she’s not a Wack Packer,” Howard joked. “She doesn’t fit the criteria.”