Plus, the Stern Show staffer reveals what he has lined up next 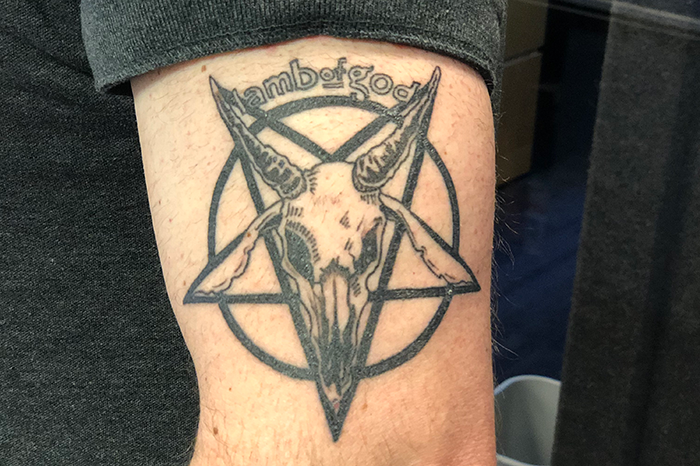 Move over Misfits, Stern Show staffer Brent Hatley has inked his arm with an homage to a new band: Lamb of God.

The two rock bands won’t stand alone on his body, either. “Brent’s made some sort of vow that he wants to get a tattoo every month for, like, the next year,” Howard revealed Monday morning.

Along with a simple affinity for tattoo artwork, Brent explained he has another motive, too. “You look better as you get older when you have tattoos,” he contended, adding that he wouldn’t get anything above the neck.

Longtime Lamb of God fan Shuli Egar found Brent’s latest choice nonetheless a little curious. “He’s so hardcore with things. Like this band, he’s seen them one time, he went and got a tattoo,” he said.

Brent admitted he was a little late to the party in discovering Lamb of God but maintained his enthusiasm is no less authentic.

He also revealed the plans for his next tattoo, which will be an original interpretation of the DC Comics villain the Joker. It is being designed by his wife’s cousin who is a comic book artist.

See Brent’s Lamb of God tattoo (above) in addition to the cloven-hoofed devil with a marijuana leaf tail he recently had penned onto his leg (below). 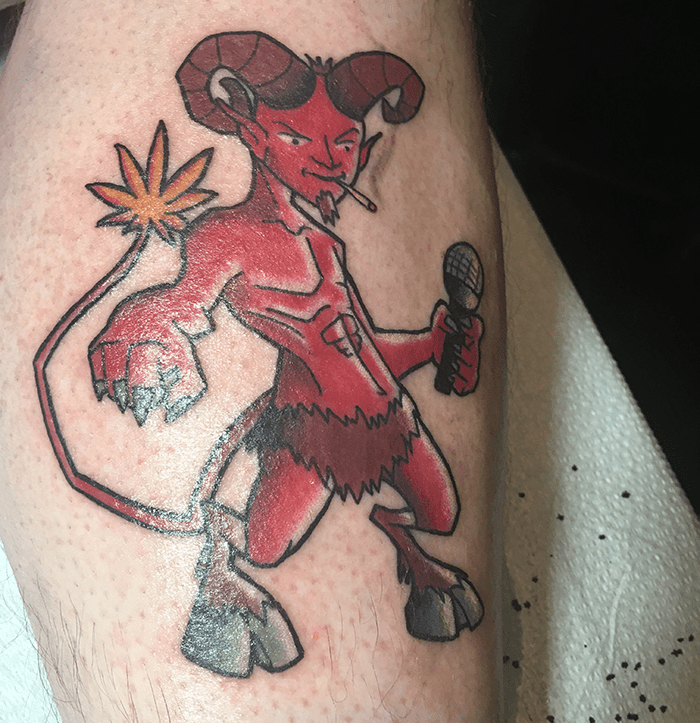