VIDEO: Here’s King of All Blacks Singing and Dancing in the Shower 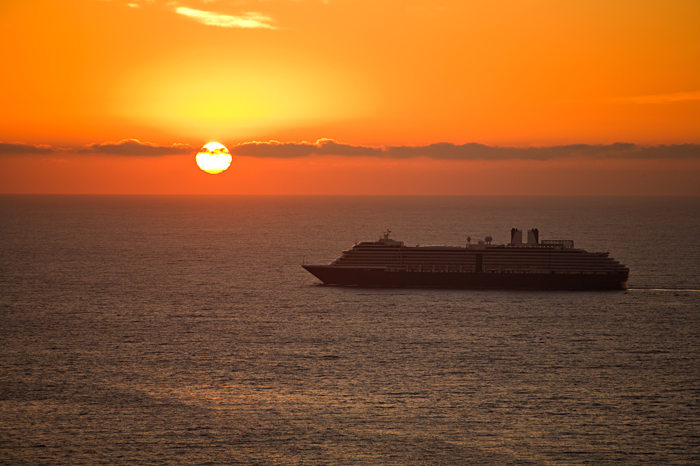 “We were really attracted to each other from the beginning,” Janet began. She described this cruise crew member as being European though she wasn’t sure which country he was from. After a few days of bumping into each other and flirting, Janet says he asked her to meet him at the piano bar aboard the ship. For their romantic rendezvous, she wore a low-cut dress that showed off plenty of skin.

After spending some time outside looking up at the stars, Janet told Howard they eventually wound up in the ship’s spa. “So, we go into one of the massage rooms and from there, he throws me on the table, he starts going down on me … I’m not wearing underwear,” she recalled.

Foreplay led to intercourse and Janet reached into her purse and pulled out a condom she’d packed for her trip, just in case. She couldn’t remember if her man was circumcised or not, but she told Howard he was at least seven inches and had “definite girth.”

Ten minutes into their love making, however, the two were interrupted by a knock at the door. At first, the fitness instructor thought if they were quiet, the person outside would just leave, explaining he had the only set of keys to the massage room. But pretty soon, the knocks turned into loud bangs.

“Two or three minutes later his manager starts banging on the door. And she’s like, ‘I know you’re in here!’” Janet told Howard.

It wasn’t just his manager outside, either. Janet explained there were around 15 security guards as well who swooped in and apprehended her and her beau. “The security charges in, they take him away from me. I have to go down to guest services, basically to cruise jail,” she recalled.

Janet told Howard she later learned there are three rules cruise employees must follow at all times onboard: no drinking with guests, no sexual encounters with guests, and no stealing from guests. Since the fitness instructor broke two of the three rules, he was terminated.

“They didn’t let him out of his room until the cruise was over and all guests were offboard,” Janet said, saying she only learned about him losing his job after he texted her the bad news.

“If you’re gonna fire the guy, let him have the girl,” Robin Quivers commented. “These are two consenting adults.”

Howard couldn’t decide if Janet’s new hookup story was all that sexy, considering its ending. But one thing he was certain about was that Janet must be one beautiful woman if she’s this lucky in love all the time.

“I’ve had a ton of massages, no one has ever tried to fuck me in a massage room. Not one person,” Howard joked.