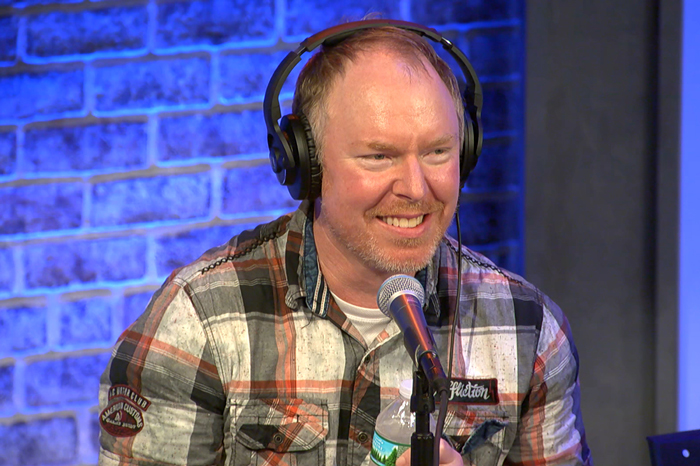 Something is rotten on the body of Richard Christy. That might come as no surprise to most Stern Show fans, considering his well-documented lack of hygiene throughout the years, but Howard was still stunned to hear Richard’s new affliction is so bad he’ll soon need surgery in order to fix it.

“There’s an infection and rot has spread to a part of me,” Richard explained.

The exact location of the rot remained a secret while Richard’s co-workers tried to guess which body part contained the problem. Some thought it could be one of his toes since he’s suffered from gout in the past while others suspected it could be an internal organ, like his gallbladder. Robin Quivers ventured two guesses: one of his nipples or perhaps his coccyx.

“I have the answer in the envelope,” Howard announced before tearing it open and reading aloud which body part it was. Some were close by guessing it had to something with Richard’s teeth since the affected body part is in fact his jaw.

“I had a root canal 12 years ago and something has been up with it,” Richard said. He recently went for a checkup and X-rays showed a deterioration in his jaw it requires Richard going under the knife. “It sounds like a process and it scares the shit out of me,” he admitted on Tuesday.

First, doctors will need to take out an impacted wisdom tooth Richard still has. Then they’ll dig out the rot inside of his jaw, allow the area to heal for several weeks, then put an implant over where the tooth was.

The good news is that Richard isn’t currently in any pain since the nerve endings around that tooth were removed during his root canal.

As for how this rot came to be, Richard doesn’t think it has anything to do with his year of poor oral hygiene since he now brushes his teeth regularly. “I think this was out of my hands,” he stated.