Longtime caller also gives an update on his living situation 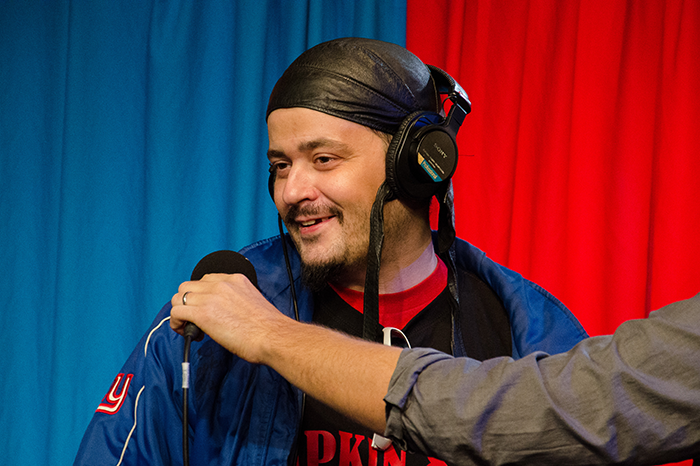 Howard can now count WGRZ’s Melissa Holmes as a fan of the Stern Show.

“There’s a news anchor who is hot for you,” longtime caller Ass Napkin Ed told the King of All Media Wednesday, explaining he heard Holmes talking about Howard on TV recently.

Wack Pack expert Shuli Egar was skeptical at first, noting Ass Napkin has described hearing his cable box speak to him in the past. Ed — who said he suffers from paranoia, schizophrenia, and arthritis — even told the story of his experience with the television set in a book called “Phantom Messages: Chilling Phone Calls, Letters, Emails, and Texts from Unknown Realms.”

But Holmes, an award-winning journalist, took to Twitter shortly thereafter and confirmed Ed was right that she is a huge fan of Howard. “I couldn’t have more respect because I think he’s one of the best interviewers ever!” she wrote.

Ed, meanwhile, told Howard he is currently sleeping on his mother’s couch in a senior living facility, but he has plans to move into a trailer park soon.