“So you found the noisiest spot?” Robin Quivers asks the Wack Packer 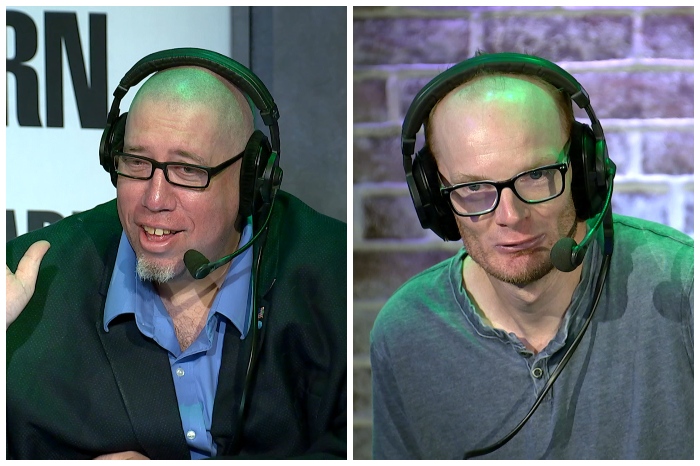 High Pitch Erik recently sat down for a one-on-one interview with fellow Wack Packer Medicated Pete, but instead of just capturing their in-depth conversation about American politics, Erik’s recording also picked up the sounds of a nearby noisy water fountain.

“You gotta listen to it … there’s, like, a water fountain in the background,” Erik told Howard proudly over the phone on Wednesday. “I did the interview with him in the lobby of the hotel where we stayed.”

“So you found the noisiest spot?” Robin asked.

High Pitch thought the gentle trickling sounds would enhance his talk with Medicated Pete but the water fountain turned out to only be hilariously distracting.

“Fred, you got the sound of a blender going?” Howard suggested with a laugh.

Hear the audio from High Pitch Erik’s interview with Medicated Pete (below).