Howard plans the promotional tour for his new book 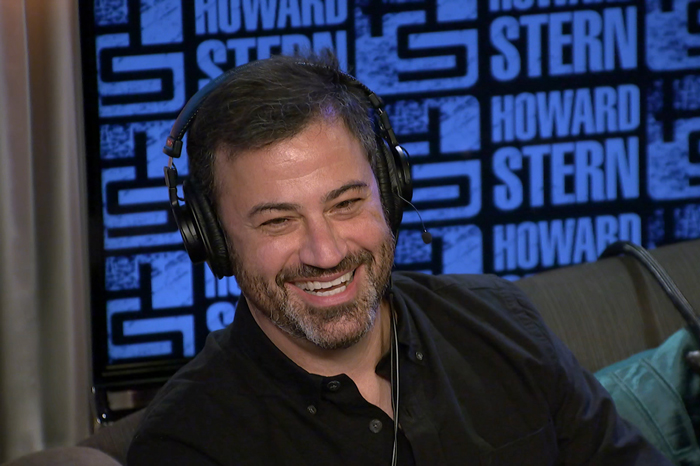 With the recent announcement of his first book in more than 20 years, Howard said Monday he has been in a whirlwind of meetings to decide where he will go to promote “Howard Stern Comes Again,” which is due out on May 14.

One place Howard has no plans of going before the release, though, is Los Angeles where his good friend Jimmy Kimmel shoots his late-night show.

“I had to get on the phone to Jimmy — Jimmy Kimmel, who’s my boyfriend — and tell him I’m not coming out to California,” Howard told Robin. “Then I hung up and I felt horrible the whole night.”

Fortunately, Jimmy was very understanding and the two are still deep in the planning process for their upcoming trip to Italy.

Meanwhile, Howard is considering visits to New York-based late-night hosts Jimmy Fallon and Stephen Colbert, who have both appeared on the Stern Show numerous times over the years. But which show would he appear on first?

Will @FallonTonight or @colbertlateshow get first crack at the King of All Media ahead of the release of his new book #HowardSternComesAgain? Watch @HowardStern flip a coin to decide. pic.twitter.com/TQxO2zStvS

To avoid insulting either host, Howard decided to leave the choice up to chance. “I’ll do them both. This is who goes first,” he announced before flipping a coin and coming up on the “tails” side, giving Colbert first dibs.

“I’ll do a good job on both. I already thought of a skit,” Howard added. “Jimmy Fallon likes skits. I’ve got a skit for him.”

Stay tuned to see where the King of All Media appears and preorder “Howard Stern Comes Again” now.