“If I’m in the business of over-sharing, I’m just gonna have to be honest about it all,” the comedian tells Howard

With Chelsea Handler’s latest book “Life Will Be the Death of Me: . . . and You Too!” out now, Howard was looking for any promotional pointers she could give him on Wednesday’s Stern Show since he’s got a book of his own coming out in May. For Chelsea, her first stop is always Ellen DeGeneres’s daytime talk show.

“I think she demands to be first,” Chelsea said with a laugh.

Other must-visit stops include “The Tonight Show Starring Jimmy Fallon,” “The Daily Show with Trevor Noah,” “Real Time with Bill Maher,” and, of course, Howard’s couch. And while her new book still gives readers scads of funny stories and fodder for interviews, its pages also include Chelsea’s difficult year of self-discovery that she went through recently.

“I would use the word ‘journey’ but ‘The Bachelor’ ruined that so long ago. I mean, we need a new word for ‘journey,’” she joked of her experience. 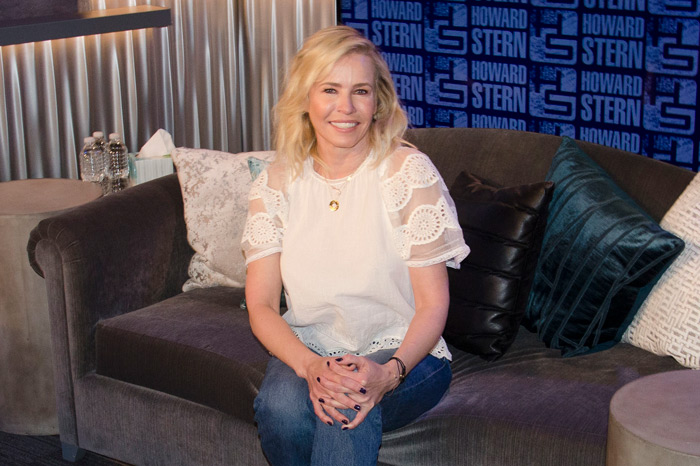 With the help of a professional therapist, Chelsea wanted to explore why she had been filled with so much anger for such a long time. Though her sessions early on started with talks of how the 2016 presidential election made her feel, her therapist soon helped her realize her anger stemmed from her oldest brother dying during a hiking trip he took when Chelsea was just 9 years old.

“He promised he would come back and he didn’t. And my life from that moment on was about not believing anybody ever again because [I] couldn’t rely on a person ever again,” she explained.

That feeling of abandonment at such a young age trained Chelsea into thinking that’s how all personal relationships should end, according to her therapist.

“He was like, ‘You only have one dynamic about how a relationship ends – they’re here today, and they’re gone tomorrow. That is your narrative. That’s how you think you’re supposed to end things.’ And when he said that to me, I was like, ‘Oh my God … where have you been all my life?!’” Chelsea recalled.

The loss of her brother devastated Chelsea’s mother and father as well and her relationship with both suffered because of it. Through therapy she came to realize her longing to be protected by her parents back then affected how she wanted others to treat her as an adult. Chelsea began to rely on assistants and hired help to do just about everything in her life, from managing her money to making her breakfast.

“I infantilized myself,” she told Howard. “I don’t know where the toaster is but I’ve seen it.”

Her reliance on others got to be so bad, Chelsea repeatedly had to ask her housekeeper to help whenever she couldn’t figure out how to change the water temperature in her shower.

“We’ve taken showers together because of the temperature issue,” Chelsea admitted.

As comical of an image as that is, Howard told Chelsea he was proud of her for being willing to share that side of herself.

One thing Chelsea said has helped her self-improvement is her use of marijuana. Even her therapist agrees weed is good for her, if for no other reason than it cut her drinking in half. She also told Howard edibles and vaping allowed her to stop taking sleeping pills and helped her meditate better due to its calming effect.

“I think now, with the educational component that’s been missing from cannabis for so many years … now you know what you’re taking,” Chelsea said.

Since a lot of Chelsea’s comedy comes from moments in her life that rile her up, Howard worried weed might calm her down too much and have a negative effect on her career. She’s not too concerned, however.

Chelsea Handler’s book “Life Will Be the Death of Me: . . . and You Too!” is available now. For tour dates and info, click here.