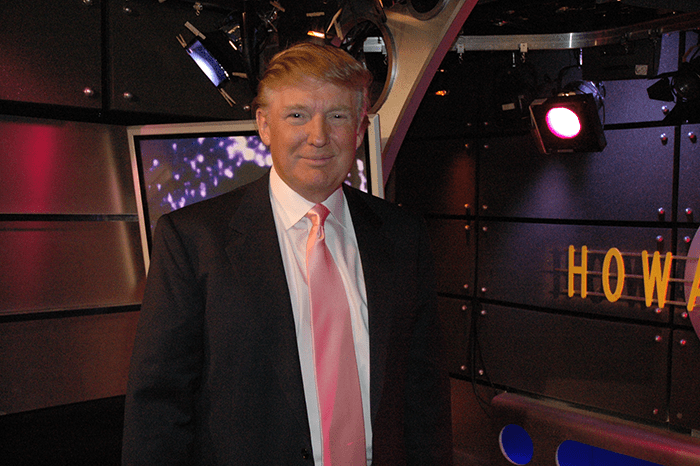 Donald Trump on the Stern Show in 2005 Photo: The Howard Stern Show

Before President Donald Trump was campaigning to “make America great again” with a conservative agenda, he appeared as a frequent guest on radio and TV shows sharing opinions many of his constituents now might find surprising.

On Wednesday, Howard debuted a new prank call utilizing real tape of Trump from his past.

“We found a conservative radio host. She is very in Donald Trump’s corner,” he explained. “So, we chopped up old tapes of Donald Trump who, if you remember, years ago, was very liberal.”

Listen below as “Liberal Donald Trump” tells the unsuspecting radio host he thinks Hillary Clinton is a “great woman,” considers himself “very pro-choice,” and feels the economy “does better under the Democrats than the Republicans.”