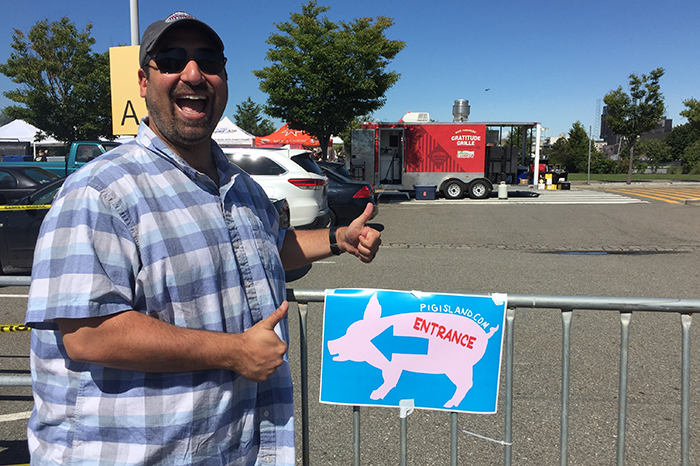 You’d be hard-pressed to find a Stern Show staffer more passionate about food — and more specifically meat — than Jason Kaplan. Recently, he put his enthusiasm on full display at a BBQ festival called Pig Island and Howard got the full report on Tuesday.

Accompanied by fellow staffer Chris Wilding, Jason arrived at the event wide-eyed and eager to taste every pig-filled offering he could get his hands on, including delicacies like eyeballs, snouts, and ears.

“You walk up to this thing and there’s smoke billowing and it looks like there’s been a napalm strike,” Chris described of the scene. “There’s just carcass of pig everywhere.” 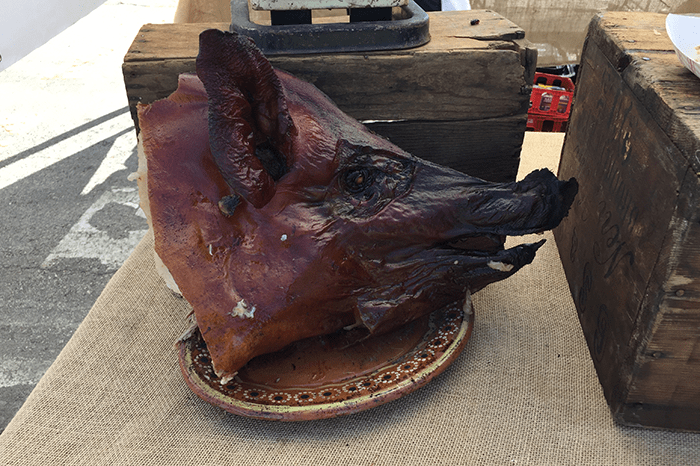 Jason proceeded to work up a sweat going booth to booth and even admitted to returning to his favorites like the pork burnt ends more than once. 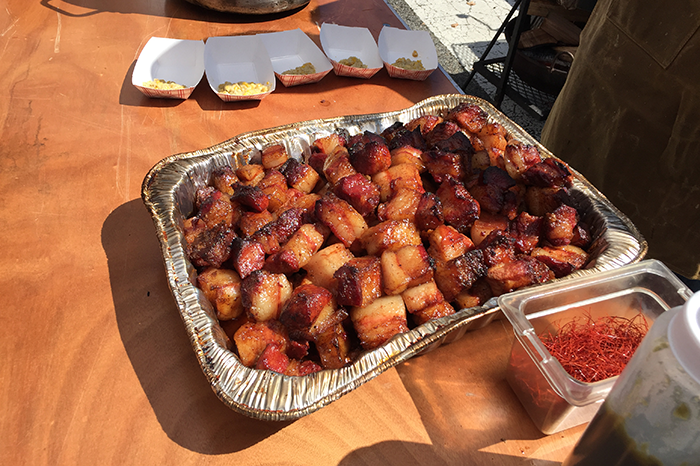 “I’ve looked into a guy’s eyes as he comes. I have. It’s the same look on Jason’s face,” Chris said of his co-worker’s pure ecstasy.

And after hearing a montage of the noises Jason made while gorging, Howard wondered if his staffer truly enjoyed eating more than having sex.

Jason was torn pondering the answer. “I mean, listen, sex is sex, but good pork is good pork,” he answered.

Robin Quivers supposed Jason is now addicted to eating meat, telling him: “You are an alcoholic with meat.”

While some experts have claimed pigs are as intelligent as three-year-old children, Jason felt no remorse in feasting on their meat.

“They have two big strikes against them and it’s kind of what makes me feel not bad. One is that they’re dumb,” he argued. “And two, they taste too fucking good … If humans tasted this good, trust me, we’d be eating humans.” 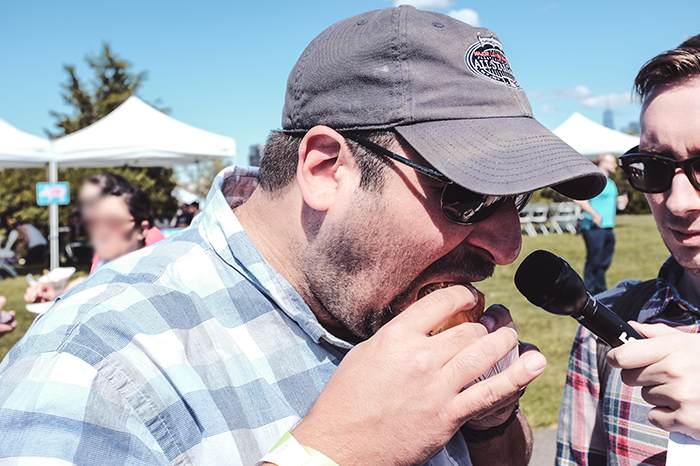 After going strong for four hours, Jason’s body began to rebel against the onslaught of food. “I really do feel my whole body, including my mind, kind of slowing up right now,” he described to Chris at one point, adding he was short of breath and suffering from the “meat sweats.” 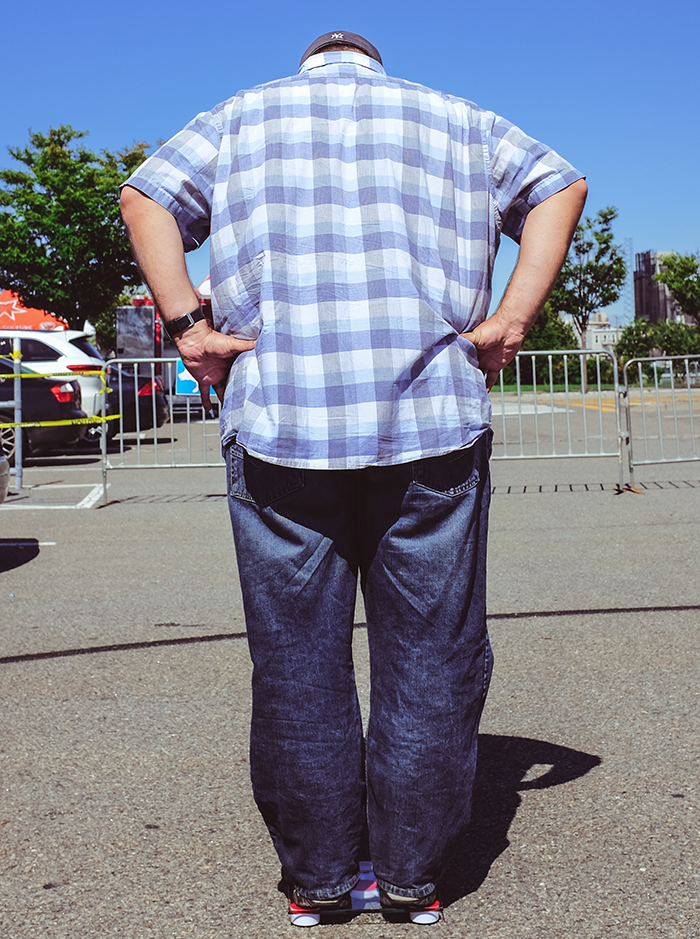 Before leaving, though, Chris put Jason on a scale to see how much weight he had gained that day and the results were startling. After entering Pig Island at 299.8 pounds, Jason left at 304.6 pounds.

The adverse physical effects of stuffing himself haven’t seemed to slow Jason down any, however. He revealed just this past Saturday he ate two full dinners and topped them both off with alcohol and marijuana during a night out at a concert. Watch the video (above) of Jason listing off everything he ate at both meals.