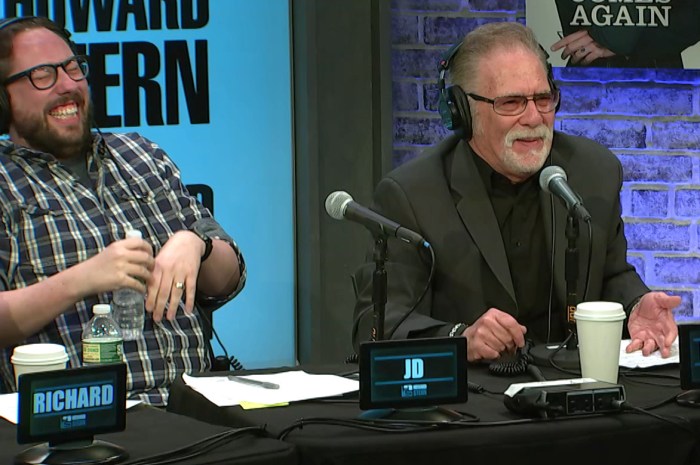 Howard had a lot of company in the studio on Wednesday morning as he and some on the Stern Show staff attempted to once again “clean out the computer” and play some selected bits that haven’t yet been heard on the air.

JD Harmeyer presented some clips he had from an L.A. car chase that caused some on-air confusion for several news stations after helicopters began following the wrong vehicle. Jon Hein was also in the studio and played some audio from a profile on Alabama starting quarterback Tua Tagovailoa. And while Ronnie “the Limo Driver” Mund was prepared with a report on a woman who says she’s in love with the game Tetris, he could barely get through the segment due to how hard he was laughing.

Something else bringing joy to Ronnie this week is the launch of the Cher Channel on SiriusXM. Playing the music from her nearly six-decade-long career, the channel will be all Cher, all the time during its limited run through May 1 on Channel 4.

Wednesday also marked the release of the original cast album for “The Cher Show,” the Broadway musical Ronnie raved about earlier this month. He reminded Howard he’ll be seeing the real Cher live and in person when he attends her concert at the Barclays Center in a few weeks.