“I had a surgery on my right leg,” the Wack Packer says while calling from the nursing home she’s currently recovering in 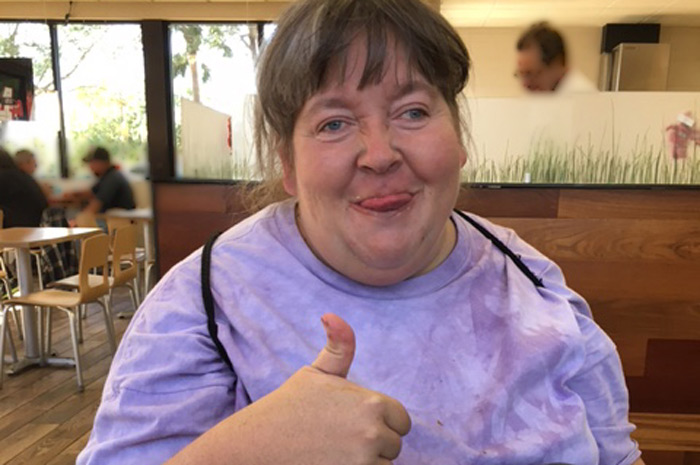 Wack Packer Wendy the Slow Adult is thankfully now on the mend following a car accident she was in at the end of 2018 which left her seriously injured. She called into the Stern Show on Tuesday morning to give Howard a full update on her health.

“I’m still in the nursing home,” Wendy said. “I had a surgery on my right leg.”

Stern Show staffer Jason Kaplan has been keeping in touch with Wendy throughout the ordeal and explained she needed to have a steel rod implanted in her leg. As she continues to heal, Wendy has been confined to a wheelchair, which she said she pushes herself around in every day.

“I cannot stand up or walk at all,” she told Howard.

Not being able to stand has also limited Wendy’s ability to go to the bathroom on her own. “Right now I haven’t been on the toilet at all. [I’ve] been wearing diapers,” she said.

Wendy of course misses being at home with her mom and cats, but it sounds like she did get to play with a dog who visited the facility recently. She also told Howard she’s getting along great with the woman she shares a room with.

“Her name is Sharon. She’s an awesome roommate,” Wendy said. “We talk about playing bingo, we talk about a lot of stuff.”