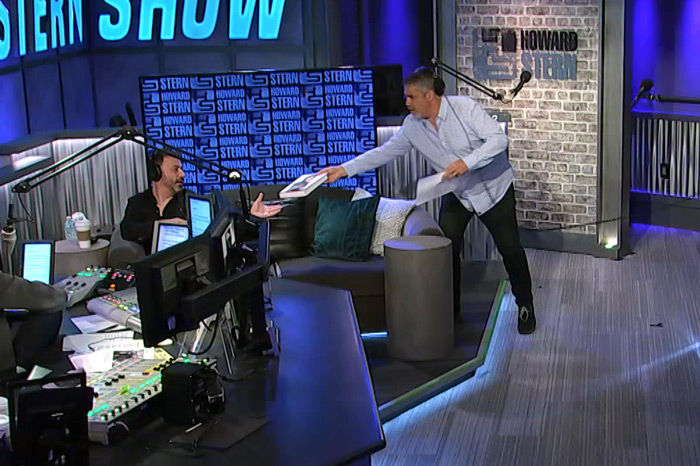 Jimmy Kimmel made a visit to the Stern Show studio Monday morning on the eve of “Howard Stern Comes Again” being released worldwide. In his brand-new book, Howard writes a few words about the late-night host, whom he also considers to be one of his closest friends, but Jimmy explained on air he still hasn’t been able to get his hands on a copy.

“I’m gonna give Jimmy my copy,” Stern Show executive producer Gary Dell’Abate said as he presented Kimmel with his own hardcover edition of Howard’s book.

Since “Jimmy Kimmel Live” tapes out in Los Angeles, Howard won’t be making a guest appearance on Jimmy’s show just yet, though he is booked to be on “The Tonight Show Starring Jimmy Fallon” on Wednesday and “The Late Show With Stephen Colbert” next Tuesday. He’ll also be dropping by “The View” this Thursday and listeners will hear him on “Fresh Air” with Terry Gross on Tuesday.