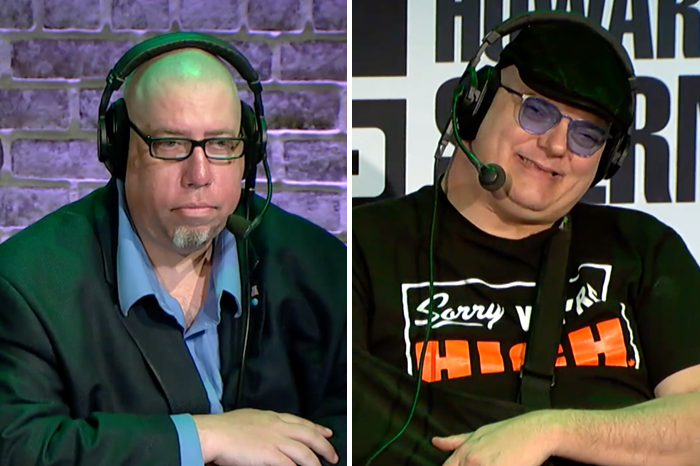 Keeping his promise on Tuesday’s Stern Show, Howard granted the first call of the morning on Wednesday to High Pitch Erik, who was livid with Jeff the Drunk.

It seemed Erik’s anger stemmed from the fact he was the first Wack Packer to offer personalized video shout-outs for fans on Cameo but now sees his customer base being splintered by other Stern Show personalities joining in on the lucrative opportunity.

“He’s stealing my clients,” Erik accused. “Everybody is following my footsteps.”

Jeff was incredulous by the charge and Howard even agreed with him.

“I used to think I should be the only one on radio,” Howard sympathized with Erik. “It’s an unrealistic expectation.”

While Erik may have been the first, Jeff assured Howard he would no doubt top his rival. “I will be the king of Cameo, motherfucker!” he declared.

Erik in turn announced he would be raising his prices to box out his competition — a tactic which baffled Robin Quivers.

Either way, Howard pointed out there was a bigger concern for both Wack Packers. “You guys are fighting over scraps. You better pray Beetlejuice never goes on Cameo.”