“You ran around with a squirrel on your head for years and you could’ve looked like this?” Robin Quivers exclaims after seeing him without his toupee

Self-proclaimed Stern Show superfan Bobo made a somewhat impromptu appearance on Wednesday morning after convincing Howard to have him up to unveil his new bald head. After almost 27 years of wearing a toupee, the frequent caller was finally ready to take it off once and for all.

He entered the studio with a paper bag covering his head so as to not spoil the surprise.

“This is an end of an era with me with this hair system. It’s been on me since the mid-80s,” Bobo said while getting emotional. “This is a tough thing for me to go through right now. There’s a shock factor, when you do this.” 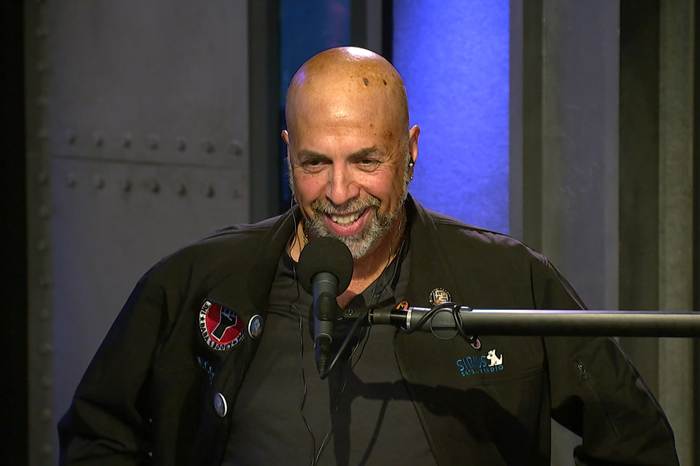 Howard then asked Bobo to remove the bag and show the Stern Show and the world his new look. The reactions inside the studio were overwhelmingly positive.

“You look so much better!” Robin exclaimed. “You ran around with a squirrel on your head for years and you could’ve looked like this?”

Howard also complimented him on his hairless look, telling him he should’ve done this decades ago.

Bobo brought his old hairpiece with him on Wednesday, suggesting it be enshrined as an official piece of Stern Show memorabilia. Howard wasn’t much interested in doing that but was intrigued at seeing staffer Shuli Egar, a proudly bald man himself, with the toupee on. 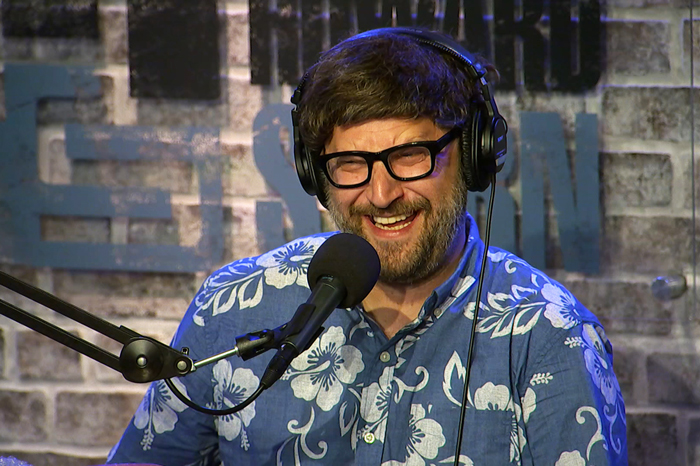 “Every day you walked out of the house thinking nobody noticed this. Are you out of your fucking mind?” Shuli said with Bobo’s wig on his head.

“I can’t believe I wore that thing for all those years,” Bobo said with a laugh.

Howard tried to ask Bobo a few questions about his family’s road trip up from Florida, but all of his stories had a draining effect on those listening, both in the studio and on the radio, due to Bobo trying to insert his catchphrases.

“I actually took a wrong turn, went off for the bathroom, and then we got trapped like rats inside the city,” Bobo said while telling Howard about driving through Washington, D.C.

“He’s working them all in,” JD Harmeyer groaned.

Usually Howard is able to simply able to hang up on Bobo when he’s telling a boring story, but he didn’t have that option with him there live in person. And with the big bald reveal over, Howard had no choice but to say goodbye to Bobo and get on with the rest of the show.

“Sometimes he comes in and it’s a slam dunk,” Howard said of his superfan.

Also check out: Steve From Florida Hits the Streets of NYC Wearing Next to Nothing