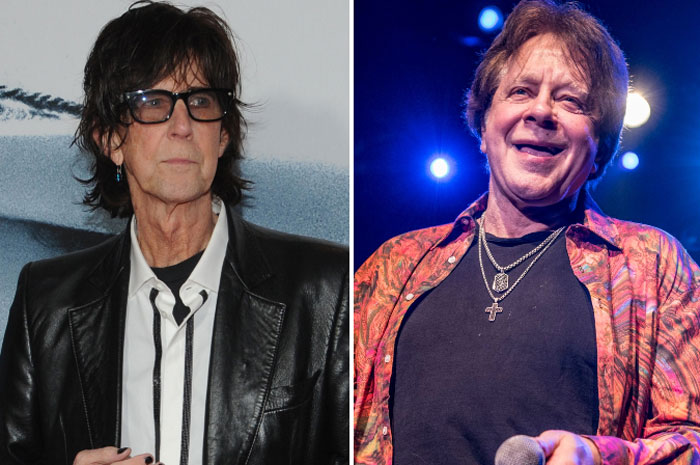 Howard took some time out from Monday’s show to reflect on the recent passing of two American rock legends, Eddie Money and Cars frontman Ric Ocasek.

Ocasek served as the Cars’ lead vocalist, rhythm guitarist, and primary songwriter. Howard remembered he was a disc jockey in Hartford, Conn., when the rock act first made it big after dropping a self-titled debut containing classics like “Just What I Needed,” “My Best Friend’s Girl,” and “Good Times Roll.” The Cars charted one of their biggest hits in 1984 with “Drive” and, as Howard noted on Monday, Ric wound up meeting his supermodel wife Paulina Porizkova while shooting that music video (below).

“I love the Cars. I love Ric Ocasek,” Howard said, revealing he had spent time with the frontman on several occasions, even once going out to dinner together along with Stern Show cohost Robin Quivers.

Eddie Money, meanwhile, died on Friday at the age of 70 after a public battle with stage 4 esophageal cancer. The Brooklyn-born singer and saxophonist enjoyed 24 Top 100 songs during his prolific career, including the mega-hits “Two Tickets to Paradise,” “Baby Hold On,” and “Take Me Home Tonight” with Ronnie Spector.

“Most guys in the ’80s had the big hair and the outfits, he was just like a working class guy … and that’s it,” Howard said of Eddie.

As Stern Show fans may remember, Eddie visited the studio back in 1987 along with Dee Snider of Twisted Sister. Eddie, Dee, Howard, and Robin improbably wound up performing “Baby Hold On” together that day. Take a listen (below).