“I was already eating and I thought I had swallowed,” the Stern Show’s executive producer explains

Considering how many cameras are rigged all around the Stern Show studios, it’s hard for anything to go unnoticed. Unfortunately for Gary Dell’Abate that includes being caught chowing down on plantain chips by Howard who realized his executive producer had a mouthful on Monday morning.

“I’ve just been handed a note that Gary has a huge bowl of plantain chips in his office,” Howard said on the air.

To no one’s surprise, that note came from Jason Kaplan, the Stern Show staffer known for feeding Howard info about his co-workers that they probably wouldn’t share themselves.

“Gary’s all upset because Jason told on him about the plantain chips,” Howard continued with a laugh.

“I told him to stay out of my fucking office. I gotta be able to get up for a minute and not have somebody report on what I’m eating,” a fired-up Gary said over his office microphone. “I need some degree of privacy.” 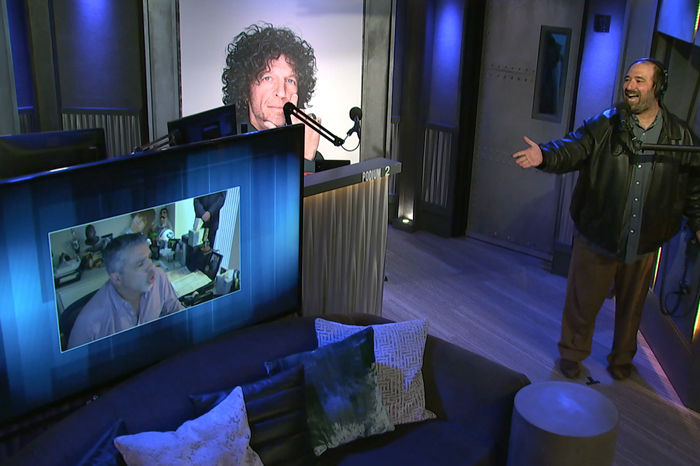 However, Jason maintained he did nothing wrong and even wondered if Gary purposely tries to eat a snack whenever he appears on camera. Gary told him that was far from the truth.

“I was already eating and I thought I had swallowed it all but I wasn’t putting food in my mouth,” Gary said.

By Tuesday morning, the feud between Gary and Jason had only escalated.

“I’m mad that every move I make is monitored by you,” Gary told Jason before forbidding him from entering his office unless invited.

“I’m not staying out of your office. We’re filming a radio show, we’re doing something here,” Jason shot back. “You’re either part of it or you’re not, dude.”

What’s more, Jason wanted Gary to admit he overreacted. “You owe me an apology. You scream at me in the office yesterday like a maniac,” he stated.

“I owe you nothing,” Gary replied.